Section 377 Verdict: All You Need To Know About SC’s Ruling To Decriminalise Homosexuality

Before watching ZEE5 Original film 377 Ab Normal, here's a quick recap of the landmark 2018 judgement that will change the course of India. 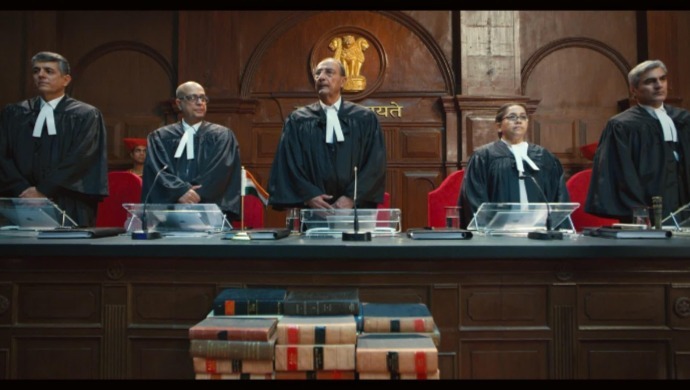 The Supreme Court of India, in a watershed judgement, decriminalized a part of 158-year-old Section 377 of the Indian Penal Code in 2018. Providing relief to the LGBTQA community, the Apex Court ended a part of the century and a half old law by a five-judge Constitution bench passed the judgment. The road to equality and freedom was certainly not easy. New ZEE5 original film 377 अब Normal traces the very events that led up to this historic long-pending victory.

Before you watch 377 अब Normal film, go through a quick primer on the milestone verdict.

For those not in the know, Section 377 of the Indian Penal Code has commenced a century and a half ago in 1861 when Britishers ruled India. It was designed basis Britain’s ‘Buggery Act’ of 1533 that criminalized “unnatural offenses”. According to the act, “whoever voluntarily has carnal inter­course against the order of nature with any man, woman or animal, shall be punished with imprisonment for life, or with impris­onment of either description for a term which may extend to ten years, and shall also be liable to fine.”

A longstanding battle surpassing decades and a century finally saw the dawn of a new era last year. However, Section 377 hasn’t been completely abolished for it also covers unnatural sexual offenses. Thus, acts like bestiality are still punishable under the law.

What does the Section 377 verdict state?

A panel of five judges gave the judgement covering a broad spectrum of fundamental right to laying down rules for privacy while also taking the moral grounds into consideration. The last resort court established that as per Article 14 of the Constitution, every citizen of the country is guaranteed equality before the law. A two-judge bench in 2013 was of the opinion that the LGBTQ community form a minority and thus, there was no need to decriminalize homosexual sex. In a departure from the stance, the SC said it was important to safeguard the rights of the minority and protect them from the interference of the majority.

What did the five-judge bench say?

“An examination of Section 377 IPC on the anvil of Article 19(1)(a) reveals that it amounts to an unreasonable restriction, for public decency and morality cannot be amplified beyond a rational or logical limit and cannot be accepted as reasonable grounds for curbing the fundamental rights of freedom of expression and choice of the LGBT community. Consensual carnal intercourse among adults, be it homosexual or heterosexual, in private space, does not in any way harm the public decency or morality,” opined Chief Justice Dipak Misra and Justice AM Khanwalkar.

The right to privacy contributed a great deal in paving way for this historic decision. Chief Justice Dipak Misra and Justice AM Khanwalkar further added, “Within the compartment of privacy, individual autonomy has a significant space. Autonomy is individualistic. It is expressive of self-determination and such self-determination includes sexual orientation and declaration of sexual identity. Such an orientation or choice that reflects an individual’s autonomy is innate to him/her. The said identity under the constitutional schemedoes not accept any interference as long as its expression is not against decency or morality. And the morality that is conceived of under the Constitution is constitutional morality. Under the autonomy principle, the individual has sovereignty over his/her body.”

What about the role of religion in prohibiting LGBTQ relationships?

“LGBT individuals living under the threats of conformity grounded in cultural morality have been denied a basic human existence. They have been stereotyped and prejudiced. Constitutional morality requires this Court not to turn a blind eye to their right to an equal participation of citizenship and an equal enjoyment of living,” the court said.

Justice DY Chandrachud said that the community now has all the rights of an ordinary citizen. “Members of the LGBT community are entitled, as all other citizens, to the full range of constitutional rights including the liberties protected by the Constitution. Members of the LGBT community are entitled to the benefit of an equal citizenship, without discrimination, and to the equal protection of law,” he said.

Justice Indu Malhotra stated that the LGBTQ community is owed an apology,“History owes an apology to the members of this community and their families, for the delay in providing redressal for the ignominy and ostracism that they have suffered through the centuries. The members of this community were compelled to live a life full of fear of reprisal and persecution. This was on account of the ignorance of the majority to recognise that homosexuality is a completely natural condition, part of a range of human sexuality.”

Mukku From Kedarnath Or Shagun From Simmba: Which Role Of Sara Ali Khan Is Your Favourite?