Ishaan got the Best Actor trophy at the 5th Bosphorous Film Festival for Beyond The Clouds. Here's what Kabir Singh, aka Shahid Kapoor, had to say. 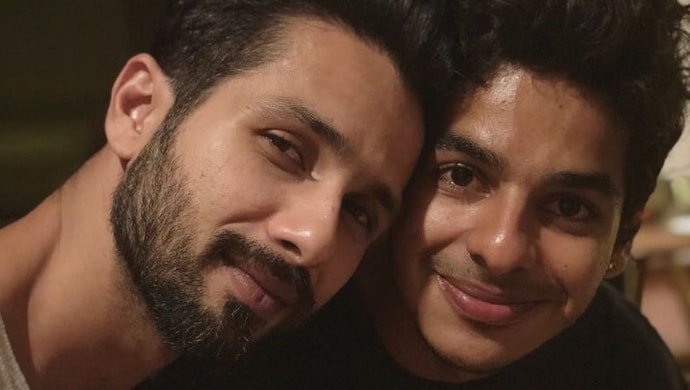 The apple doesn’t fall far from the tree. Living by the adage is debutant Ishaan Khatter. Industry’s new wonder boy on the block is busy garnering praise and accolades for his back-to-back fantastic deliveries in the form of Beyond The Clouds and Dhadak. And as much as we feel proud of the handsome lad’s performance in the films and cannot wait for his next announcement already, echoing our sentiments was his half-brother Shahid Kapoor who was left spellbound by what Ishaan did in BTC.

Can’t blame Shahid though, Ishaan was simply outstanding in the Majid Majidi film!

In his interaction with a leading magazine, Shahid revealed, “I don’t want to jump the gun. I want people to see the film, his work. But I must say that he has surprised me with what he did and I’m sure people will see his hard work. He has worked sincerely and he has a lot of himself in this character. He is very fortunate to be working with Mr. Majid Majidi. I do feel very proud of the work that he has done. But I don’t want to talk about it. I want people to see it. Let people see it and let people decide.”

Albeit Beyond The Clouds released before Dhadak, Ishaan signed the projects in the reverse order. Soon after he had signed the Shashank Khaitan film, Ishaan was offered Oscar-nominated filmmaker Majidi’s dream work. Talking about who he sought advice on the matter, he had revealed at BTC’s trailer launch, “I took my mom’s (Neelima Azim) suggestion for the film and then it was my brother Shahid Kapoor that I went to. Shahid said that just listen to your heart. Then I asked Karan Johar too because I am also doing Dhadak.”

Well, aren’t we glad they all directed him to accept the offer? Ishaan’s portrayal of Amir landed him the Best Actor trophy at the 5th International Bosphorous Film Festival while the movie enjoyed a triumphant run at other events and festivals across the world. Also featuring South star Malavika Mohanan, Beyond The Clouds received a mixed response in India, howsoever.

Have you watched the movie yet? Let us know what you think of Ishaan and Malavika’s stint in the comments section.