Did you know Shraddha, popular as Preeta from Kundali Bhagya, played the role of Big B's daughter in Jiah Khan-starrer Nishabd? See full pic inside. 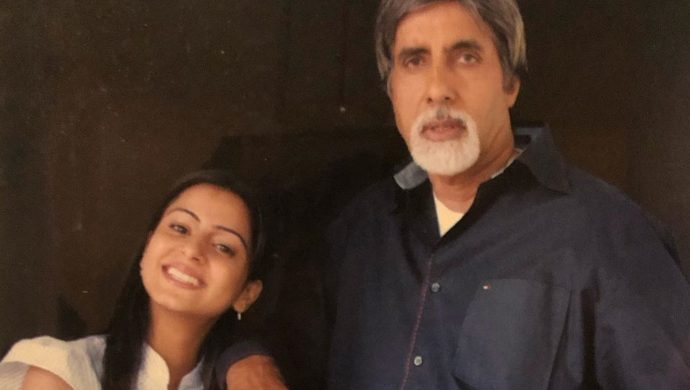 Shraddha Arya is one of the most sought-after names in the Indian television circuit. The actress is currently seen as Preeta Arora on Zee TV show Kundali Bhagya. Shraddha started her career with Zee TV’s talent hunt show India’s Best Cinestars Ki Khoj. But not many are aware that she made her Bollywood debut alongside Amitabh Bachchan and the late Jiah Khan in Ram Gopal Varma‘s 2007 film Nishabd. Yes, you read that right, she did. Shraddha played the role of Big B’s daughter Ritu in the movie.

Recently, Shraddha posted a still with the megastar of Bollywood, throwing it back to the days of Nishabd. Sharing a photo from the sets of the RGV film, the starlet looks completely unrecognizable as her younger self in the picture. She is seen wearing a white top and blue denim while the Shahenshah of Bollywood looks dapper in an all-blue look with a French beard and salt n’ pepper hair. “Memories,” Shraddha captioned the photo. In case you haven’t seen the picture yet, we are sharing it here for you:

The female lead of one of Zee TV’s leading daily soap operas, Shraddha is currently also seen on a dance-based reality series. She has participated in the show with her boyfriend Alam Makkar. Shraddha and her beau have been killing it with their terrific performances on the show post which the actress shall take a birthday vacation. In a recent exclusive interaction, Shraddha told us that she would be taking a holiday soon.

Read more about Shraddha Arya’s statement, “I want everyone around me to be Hrithik Roshan,” here.

Preeta and Karan are married in Kundali Bhagya? Watch the latest episodes to find out: