Shraddha Kapoor On Becoming Haseena Parkar: I Had To Gain 7-8 Kilos, Change My Voice

Becoming Haseena Parkar was no cakewalk for Shraddha Kapoor for the movie traces the underworld queen's journey from a 17 YO teenager to a 43 YO. 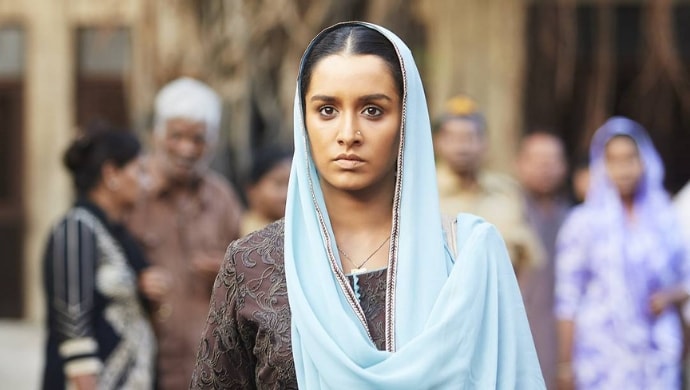 After the 1993 blasts, mafia don and the head of D-company crime syndicate Dawood Ibrahim flee to Dubai. Dawood’s sister Haseena Parkar was tried for her brother’s deeds. Tired being a victim, Haseena decided to fight back and became underworld’s ‘Aappa.’ Essaying this very figure in the world of crime and power is Shraddha Kapoor in the biopic titled Haseena Parkar. Directed by Apoorva Lakhia, the film also stars Siddhant Kapoor and Ankur Bhatia in important roles.

Shraddha, known for her work in Ek Villain, Half Girlfriend amongst others, felt rather privileged to play Haseena. “You don’t get to play such roles again and again. I was pleasantly surprised when Apu [director Apoorva Lakhia] came to me with the offer. Haseena’s story was so tragic and intriguing. She’d gone through so much in her life,” Shraddha told a leading entertainment news portal in an interview.

Shraddha managed to get under the skin of Haseena with the help of heavy makeup, prosthetics and also put on weight. She further revealed to the portal, “I managed to gain seven to eight kilos and for the rest we took help of prosthetics, and silicon prosthetics in the mouth. I had to change my look as well as the voice as my character ages.” Adds the Batti Gul Meter Chalu star, “When you get ready to play a character then you start feeling, walking and talking like that person. It’s psychological.”

For her preparation for the role, Shraddha even spent time with Haseena’s family. She spoke about her experience with the portal saying, “They were extremely thrilled that a movie is being made on their family member and they told me many stories about her. Our interactions were warm and I was kind of interviewing them. I had hundreds of questions to ask but my hands couldn’t keep pace. I wish I had recorded all those information though I prefer taking down notes,” revealed the Baaghi actress.

How much would you rate Shraddha Kapoor’s performance in Haseena Parkar on a scale of 1-10? Write to us with your score in the comments box below!

Watch some of the most popular Bollywood movies on ZEE5.