Sheetal Thakur tells why comedy is a good way to explore our dark history and what she loved about the 70s era. Shukranu releases on 14 February 2020. 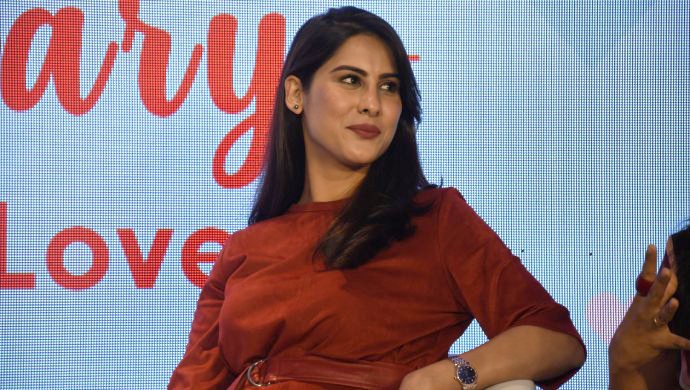 Shukranu #PyaarKiKatiPatang, the big-ticket release for ZEE5 on 14 February 2020, is a unique love story set against the backdrop of the forced sterilisations that were undertaken during the Emergency Era from 1975-77. Sheetal Thakur has made her name in the OTT space for picking up memorable roles including Broken But Beautiful. She introduced the movie Shukranu along with her co-stars Divyenndu (Badnaam Gali, Fatafat) and Shweta Basu Prasad (Iqbal, The Tashkent Files) at the ZEE5 February Calendar launch. She discusses why it is important to make a satire on such a dark subject and how she prepared for her first period-piece set in the ’70s.

Watch the teaser for the upcoming film here.

What were the early reactions to the teaser?

The early reactions were all positive. Everyone said it looks funny and interesting. Before seeing everyone else’s reactions I thought I would see it myself first and I also found it funny. So think it gives us a good start.

The film uses humor to talk about the forced sterilisations. Do you think it makes light of the subject or it helps it reach a wider audience?

I think most comedy comes from tragedy. And I feel comedy is a good take on the tragedy. If you can laugh at your past or something dark in your history it can help you move on from it. I hope people watch this movie and laugh but also understand the reality behind it. Comic relief is really needed in the time we live in.

The film is set in the ’70s. So how was your look for the film decided?

I think the creative team already had a certain look ready for all the characters. I was very excited about it because this is my first-period piece. I had seen photos of magazines from that time, Parveen Babi posters. I was excited because I was going to get a chance to be really pretty in proper ’70s fashion. I think once you get into your costume you automatically go back into that era.

Were you aware of the forced sterilisations that happened during the emergency before you heard this story?

Yes, I was very much aware of it. I had read about it and even seen it in a documentary about the same. Everybody somewhat remembers what happened during that time. And I was convinced that it was a serious offence then and I still feel that way but when I read the script of Shukranu I was positively intrigued by this new perspective about that event.

Do you think it is a coincidence that a movie about sterilisations is releasing on Valentine’s Day?

I wouldn’t know because I am not part of the decision. But I think it definitely is a good decision to release it on 14 February 2020. I don’t know why we need to watch only the regular love stories on Valentine’s day. Shukranu is also a very good love story, it is more layered but it is still quite romantic.

Watch her discuss her role in the movie here.

You’ve worked in off-beat films even in OTT. Do you pick out such roles?

I usually do off-beat roles but in Shukranu it is not off-beat. The subject is unique but my character is like the quintessential heroine. Akriti is the girl which all the boys have a crush on, very pretty, very desirable. She is in a relationship with Inder (Divyendu) who goes through sterilization but no one knows about it. So how this creates confusion and the comedy or drama comes out of this situation.

You have worked majorly is digital series and films. Do you feel the OTT space, in general, gives artists the freedom to tell unique stories that people?

I look at it as work opportunities. For me, the platform doesn’t make much of a difference. If someone has a story and they want to hire me to be a part of it and If I like it, I will definitely do it. I think I have worked with all the major OTT platforms and I can say that the web definitely is the space where unique stories can definitely make a mark.

Can you describe Shweta Basu Prasad and Divyenndu as a co-actors in one line?

Shweta is Brilliant! She is a national award-winning actress and she knows her craft. Divyenndu is really spontaneous because he can come up with ideas instantly, he is always active and his brain is always concentrating on work.

One fashion trend of the ’70s that you really like?

Winged Eyeliner, I don’t think I have kept that look in the film but I definitely like it.

I loved the second season and I think it was the best by ALTBalaji and ZEE5. Both season one and two had their own charm. They are both different stories and they connected it quite well. It reminds me of a book called Normal People. It’s a very millennial story for today’s generation.