The new teaser of upcoming ZEE5 original series Skyfire shows Prateik Babbar as a journalist and Sonal Chauhan as a historian. It releases on 22 May. 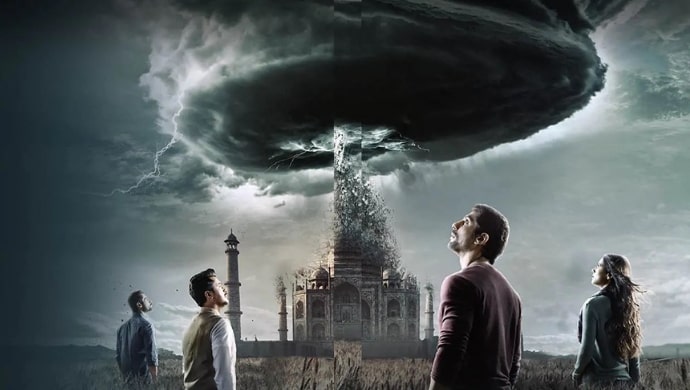 Skyfire is an upcoming ZEE5 original series starring Prateik Babbar, Sonal Chauhan, Jisshu Sengupta, Jatin Goswami, and Shataf Figar. Set in the sci-fi space, the web show is a first-of-its-kind project, directed by Soumik Sen. The new teaser dropped by the makers shows India struck by a calamity. In the video, we see TV reporters asking everyone to stay indoors for acid rain is steadily engulfing one city at a time. This downpour is picturized to be capable of burning a human body to ashes, with few scenes depicting the results too.

Check out the alarming teaser here:

Mulk actor Prateik plays journalist Chandrasekhar, while Sonal makes her digital debut as historian Meenakshi Pirzada. Manikarnika: The Queen of Jhansi star Jisshu Sengupta will be seen in a negative character. We even see him flashing evil grins in a couple of scenes in the teaser. Babumoshai Bandookbaaz fame Jatin Goswami shall make an appearance too. ZEE5 and producer Shabina Khan together bought the rights to Aroon Raman’s book Skyfire which served as the inspiration for this series.

The teaser that begins with “Pralay aane wala hai (an apocalypse is coming)” ends with a voiceover that asserts “Ye duniya reset hone wali hai koi nahi bachega, koi nahi (this world is about to be reset and no one shall remain alive).” It remains to be seen if Jisshu’s character is the one saying this but all we know is that Chandrasekhar and Meenakshi are out to save the world! The story begins when a boy from the slum disappears and his search leads to strange and seemingly unrelated incidents, including warnings of natural calamities.

Skyfire is set in May 2012. In the series, we shall see India get hit by a series of freaky weather disturbances and startling epidemics that threaten to bring the country to a standstill. On the other hand, instances of children disappearing from the slums in the capital become rampant but nobody pays attention. A terrifying climax in Bhutan is marked by the characters coming face-to-face with a force of unspeakable power and evil.

Skyfire premieres on ZEE5 on 22 May 2019. Are you excited to watch the series? Give the star cast a huge shoutout in the comments box below!