Sonam Kapoor Ahuja On Pinch: I Know For A Fact That Kareena Kapoor Khan Is On Social Media

Sonam revealed on Arbaaz Khan's show Pinch that her Veere Di Wedding co-star Kareena is on social media for sure, under a pseudonym though. 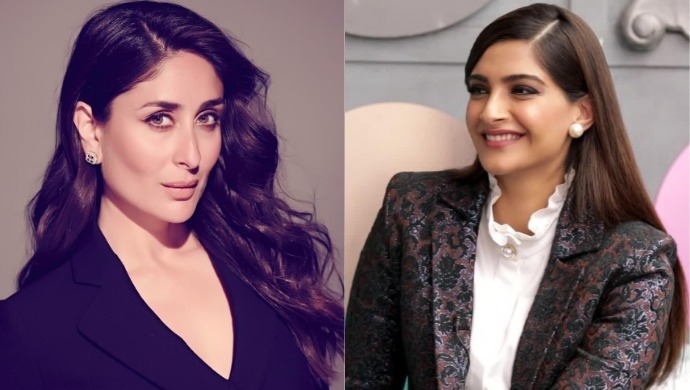 She is the sacrosanct of all things stylish. Her movies have always been entertaining and education in equal parts. The ultimate fashionista, Sonam Kapoor Ahuja, was the recent celebrity to appear on Arbaaz Khan’s chat show Pinch. The Veere Di Wedding actress joined the likes of Sonakshi Sinha, Varun Dhawan, Karan Johar and co-star Kareena Kapoor Khan. During her visit, Sonam made quite a revelation about Bebo.

During her appearance, Sonam spoke about body-shaming and trolls on social media. “Till I was a certain age, I was called Giraffe because I was too thin. And then I gained weight, then I had a hard time with my weight. Sometimes, you don’t put on weight, then people are like, “Oh my God, itni patli hai, so thin” blah blah blah. Especially when you come from Punjabi family, and they feed you so much you gain weight, then they are like, “bahot moti ho gayi hai, kaali ho gayi hai, lambi ho gayi hai, shaadi kaun karega?” It’s not healthy, it’s not correct, it’s not mentally okay. People go through so many mental health problems, you can’t do that to people,” asserted Sonam.

Replying to a certain user who called her a “flop actress,” she went on, “I don’t remember my last flop. But I think till 7 years ago, I don’t think I did have films that I could speak much about. But when I signed Raanjhanaa, and I started looking at scripts, my films did relatively well and I don’t remember a time when my acting wasn’t appreciated or my films didn’t do well. In India and across the world, life is so miserable. Because there is so much misery around. So you kind of envy people who are achieving something or getting something, because so much competition and so much going around. So people can’t stand it when you are doing well. ”

Sonam has always enjoyed a moment with and in the media for her no-holds-barred attitude. The actress never minces a word, and carries her sorry-not-sorry self on fleek!

As for Kareena being on social media, what do you think – is she or is she not? Comment with your replies in the box below.

Sonam Kapoor On Being Body-Shamed: I Was Called A Giraffe Because I Was Too Thin

Aapke Aa Jane Se To Take A Leap: Sahil-Vedika Will Die And Reunite In Next Birth