Soni Razdan On Sadak 2: Happy Alia Is In The Capable Hands Of Her Father Mahesh Bhatt

Yours Truly actress Soni Razdan, besides revealing that she is envious of her daughter and other new age actors, spoke about Sadak 2 in detail. 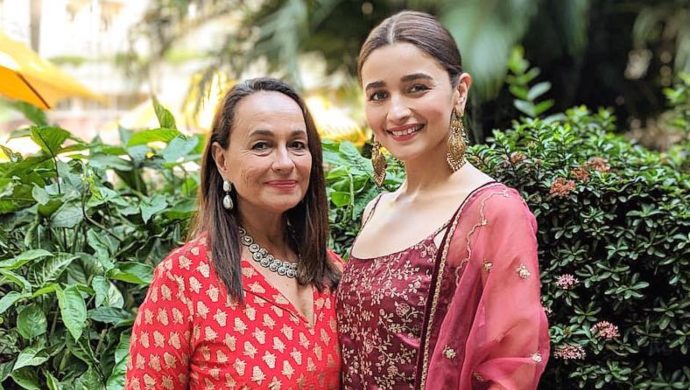 27 years after the hit blockbuster Sadak, a sequel to one of the highest grossing films of 1991 was announced last year. Titled Sadak 2, the Mahesh Bhatt directorial shall see the return of the ‘Gladiator’ in the director’s chair after a hiatus of 19 long years! The movie shall mark the reunion of Pooja Bhatt and Sanjay Dutt who starred in the original. Besides, Mahesh’s youngest daughter and gen-X superstar Alia Bhatt, Aditya Roy Kapur are the newest additions to the cast. Quite a coup! Mahesh’s wife and Alia’s mother, veteran Soni Razdan too played a pivotal role in the 90s flick.

Last seen in Yours Truly, Soni recently shared her excitement for Sadak 2 with us in a freewheeling chat. The actress also expressed her envy for a current lot of actors, owing to the changes in cinema. Here are the excerpts:

How excited or nervous are you for Sadak 2?

I am very excited for Sadak 2. I want to be on the sets. I am a part of the discussions, but not too much. I am going to be privileged enough to hear a little bit of the script. I have been discussing with Mahesh on and off. I have been busy myself, with back to back releases. I am waiting for a little bit more of a jhalak into the space of Sadak 2. I am waiting to hear the final script.

Any advice for Alia?

I am very happy Alia is in the very capable hands of my husband and her father, Mahesh Bhatt who is the director and who has the vision for the project. I don’t think she needs too many people giving her advice. I don’t feel she needs much advice in any case. Whatever advice she wants, she’d definitely get it from Mahesh but I wouldn’t give it to her.

How do you view the current age of cinema and filmmaking we are in?

We are in a very interesting age. I am really envious of a current lot of actors, with the films being made and roles being offered. It’s amazing, the films are well written, they are well directed, the actors today are so privileged. I, sometimes, wonder if they know how privileged they are. Because we had to struggle so much against so many odds. Things were really unreal at one point in the industry. Roles were unnaturally written for actors, we had to mouth these dialogues that sounded like speech. Things weren’t very natural. We had to fight against all these things. Slowly, the unnaturalness has melted away from the film space. Today you get to be more real, international. Cinema has come from where to where; the actors today are really privileged to be a part of this.

Are you excited to watch Alia, Pooja, Sanjay, and Aditya in Mahesh Bhatt’s directorial comeback Sadak 2? Let us know in the comments box below.

Exclusive Behind-The-Scenes Photos From The Streets of Badnaam Gali, A ZEE5 Original Film

7 Things Saif Ali Khan Discussed On Pinch From Taimur, Padma Shri To Being A Nawab