Paging all the Rowdies! Vijay Deverakonda's 2018 blockbuster hits shall soon be available in Hindi, only on ZEE5, more details inside. 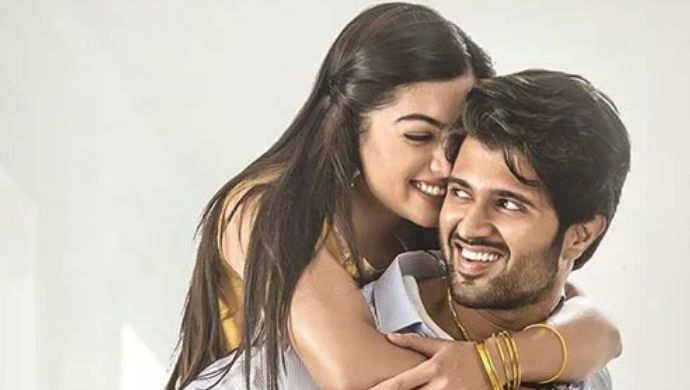 Hopeless romantics, raise your hand in the air! Now let them go up, up, and up higher because we have a sweet treat in store for you all. Are you the kind who draws the idea of love and romance from mushy rom-coms and romantic films? Does a breakup on screen leave you in tears too? Do you find yourself rooting for a happily ever after for every couple you know because that’s how movies always end? Head to ZEE5 right away for the OTT platform is all set to add some great romantic flicks you’d like to watch. Not only the die-hard romantics but also those in need of a fix can stream these classic sagas. This winter, ZEE5 will stream dubbed Hindi versions of romantic films from down South as a part of a special ‘South ka Romance’ campaign.

Recently, ZEE5 started streaming the Hindi dubbed version of Tholi Prema, a 2018 film starring Varun Tej and Rashi Khanna. The film revolves around a young man Aditya, who falls in love with Varsha, only to part ways with her. Years later, fate brings them back together. Will the duo be able to stay with each other this time or will they have to separate once again? Catch the trailer to know more:

Paging all the Rowdies! Vijay Deverakonda and Rashmika Mandanna’s 2018 blockbuster Telugu romantic comedy film Geetha Govindam will soon premiere on ZEE5 in Hindi. The narrative orbits around Vijay (Vijay Deverakonda), who falls in love with Geetha (Rashmika Mandanna) and leaves no stone unturned in wooing her. Unfortunately, Geetha does not believe in his love and considers him to be an irresponsible person, who is always behind every woman. In the meanwhile, Vijay’s sister gets engaged to Geetha’s brother, making the story all the more interesting! Will Vijay be able to prove his love to Geetha and win her over? Will Geetha accept Vijay’s love? Geetha Govindam starts streaming on ZEE5 13 December 2019 onwards. In the meantime, you can catch the Telugu version of Geetha Govindam on ZEE5 here.

It’s a double dhamaka for fans of Vijay Deverakonda as Taxiwaala, another 2018 hit featuring the handsome hottie, will soon be available on ZEE5 in Hindi. Also starring Priyanka Jawalkar and Malavika Nair, the horror comedy is centered around Vijay’s character Shiva. He buys a vintage car and becomes a taxi driver to earn a living, but soon realises that his car is possessed. Can Shiva unearth the mystery behind his cursed car? Find out on 13 December 2019, only on ZEE5!

Excited to watch Tholi Prema, Geetha Govindam and Taxiwaala in Hindi on ZEE5? Let us know which other South super hit film would you love to watch in Hindi, in the comments box below.