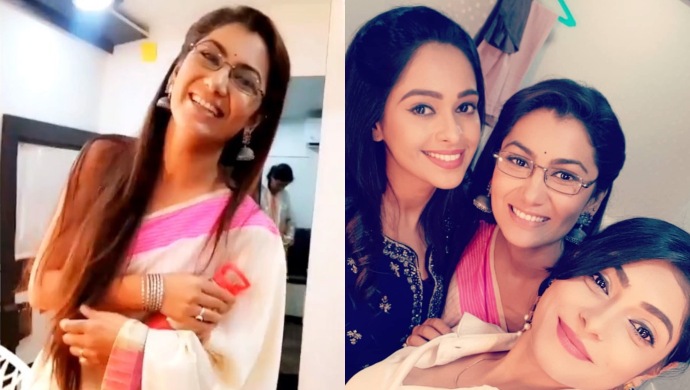 Television figure Sriti Jha is on a roll these days! The actress has been grabbing headlines and dominating the trends chart with her social media antics and travel diaries that will make you go green with envy. After creating waves with her Berlin vacation and an adventure trip with Krishna Kaul, Sriti is back at it again. This time, the actress is breaking the internet with a rather adorable video from the sets of her Zee TV show Kumkum Bhagya. Shared by co-star Aparna Mishra, Sriti is a bundle of uber-cuteness as she enters the vanity van and scolds Aparna to come for the shoot. Seconds into the video, Sriti realizes Aparna is making a video of her, the star then blackmails her to not post it and laughs off the situation.

Check out the totes adorbs video of Sriti and Aparna here:

While the above one is the original video made using an Instagram filter, watch this one bel0w to know what Sriti actually said:

Besides these clips, Aparna also shared gorgeous pictures of herself with co-star and on-screen sister Mugdha Chaphekar aka Prachi on the photo-sharing platform.

Aparna also posted a couple of videos from the sets featuring a police station. As seen in the spoiler of tonight’s episode, we see that Rhea plans to plant drugs on Prachi. She conspires to get Prachi caught so that after she gets arrested she won’t be able to come to her house or anywhere near Ranbir. Going by Aparna’s Instagram stories, does the police station in the background indicate that Rhea will be successful in plotting against Prachi? Guess we will have to wait and watch!

Coming back to Sriti’s video, tell us about your favourite Instagram filter in the comments box below. If you like Sriti’s clip, share your love for the actress too.