Sriti Jha On Her Kumkum Bhagya Co-star: Shabir Ahluwalia Has Never Gossiped About Anyone

In a 'Never Have I Ever' segment, Kumkum Bhagya stars Sriti Jha, Shabir Ahluwalia and Vin Rana reveal juicy details about each other, video inside! 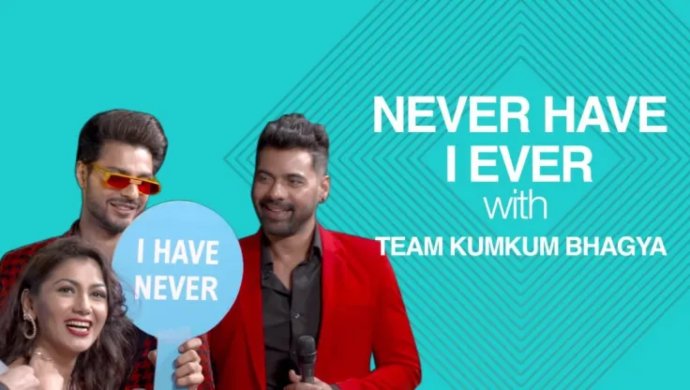 Trust the Kumkum Bhagya trio Sriti Jha, Shabir Ahluwalia and Vin Rana to always bring the house down with their madness. At the Zee Rishtey Awards 2019, the celebrities made candid confessions to Arjit Taneja in a ‘Never Have I Ever’ segment. Let us tell you that all three of them are nowhere close to their characters Pragya, Abhi and Purab, respectively, in real life. They are a bunch of mad hatters always goofing around and having a blast. So much so that they end up giving more than 10 retakes for a scene of their Zee TV show. While playing the ‘Never Have I Ever’ game, Sriti, Shabir and Vin reveal juicy details about each other. Read on to know more.’

Never have I ever given more than 10 retakes for a scene,’ said Arjit. To which Sriti promptly replied, “I laugh a lot. I laugh a lot, because of Shabir Ahluwalia. So, I give a lot of retakes.” “Thank God hum log digital mein hai warna bahot paise kharch ho jaate,” chuckles Shabir. ‘Never have I ever gossiped about a co-star.’ “Shabir has never gossiped about anyone,” responded Sriti, while admitting that she did gossip about one of her co-stars. Hmm…, we wonder who is that co-actor! Can you guess?

“Vin Rana has a crush on everyone,” said all, Sriti, Shabir and Arjit unanimously, as the handsome hunk laughed on. But one thing they have never done is get jealous of someone’s work. Watch the full video below to catch Sriti, Shabir and Vin in conversation with Arjit.

Have you ever been jealous of someone’s work? We’d love to hear from you, share your thoughts in the comments box below.

Exlcusive: Sushant Singh Of Rangbaaz Phirse: Good Actors Like Me Were Getting…

Watch the nomination special for the Zee Rishtey Awards here.