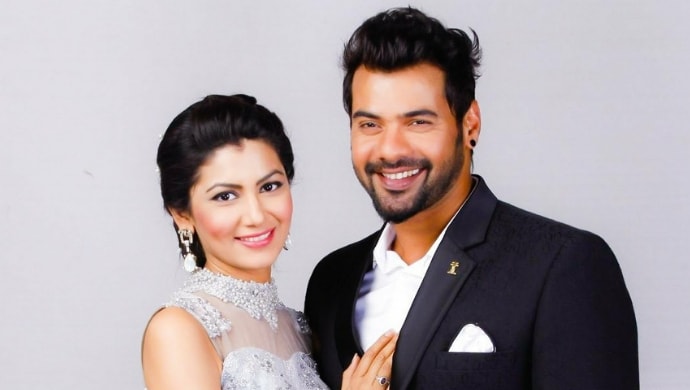 They are different as chalk and cheese but yet the best of friends. Television actresses Sriti Jha and Mouni Roy were the first pair of guests to grace the new ZEE5 show – A Table for Two. Hosted by theatre and film actor Ira Dubey, the chat show brings the best of Indian television for the viewers. Sriti, who is known for playing Pragya Arora on Zee TV show Kumkum Bhagya, is generally a reserved and shy person offscreen. Breaking away from the usual, Sriti left us with a lot of juicy revelations with her appearance on the show.

We have rounded up seven revelations made by Sriti on A Table for Two:

1. When asked about a role in a Bollywood film she wished she’d have done, Sriti quickly responded with – Sharmila Tagore from Amar Prem. For those unaware, it is the same film from which Rajesh Khanna’s dialogue, “Pushpa…I hate tears” became iconic.

2. She was asked to pick a celebrity for the following titles and the answers were – A. Mr. Congeniality: her Kumkum Bhagya co-star Shabir Ahluwalia,  B. Ms. Goody two shoes: Divyanka Tripathi Dahiya and C. Mr. I know it all: Aamir Khan.

3. The actress gave a thumbs up to one-night stand, reacted with a frown for casting couch and infidelity. However, when asked to react with an expression for paid sex, she gave a mixed reaction.

4. Sriti picked the title ‘An Unsuitable Girl’ for her autobiography.

5. When asked about which celebrity she would want to follow her on Instagram she replied – Vidya Balan and Aditya Roy Kapur.

7. Sriti and Gold actress Mouni both agreed that the former is more likely to drunk dial an ex and also make out with the person of the same sex!

Well, all these revelations are quite a bummer, we must say!

As Ira rightly points out, it’s easy to know the TV celebrities for the roles they play. They are even known by their screen name! So know all about your favourite actresses Sriti Jha and Mouni Roy in the first episode of A Table for Two.