Sunny Leone Reveals On Arbaaz Khan’s Show Pinch: I Would Walk To The Door With A Knife

On Arbaaz Khan's chat show Pinch, Sunny spoke about a certain guy who troubled her in the past. "I swear it was the scariest time," she mentioned. 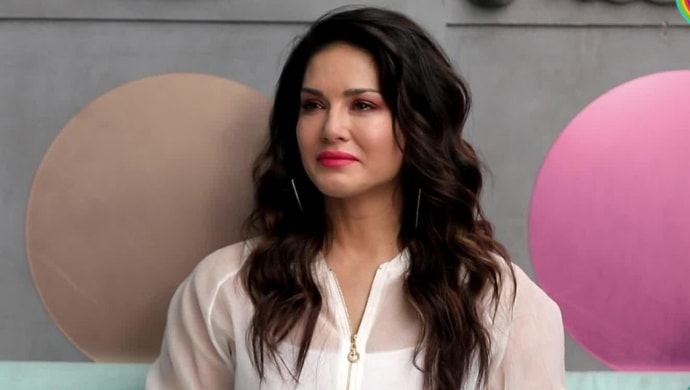 The recent episode of Arbaaz Khan’s chat show Pinch starred Karenjit Kaur aka Sunny Leone. Her journey is a remarkable story of courage and will power, as Arbaaz rightly puts it. On the show, Sunny speaks about moving on from her past career, losing cool on social media trolls and breaks down with the guilt of not being able to save someone close to her.

Sunny, who gets regularly trolled for her various statements, decisions, and pictures, spoke about a certain guy who gave her the scariest time. Arbaaz asked Sunny if she has ever reported a guy to the police, in agreement, she said, “Got him blocked for one day and I swear it was the best feeling. It was somebody we know and I forgot his name, he just disappeared because his account has been deleted indefinitely. He was sending e-mails, he was upset that we didn’t wanna work with him. He would just make all these nasty comments. But what’s scary about people who are not really celebrity-celebrity but they are on a different side of the fence, I am worried about their followers. Because their followers are following a fanatic person who makes nasty comments about people. Those people, I don’t wanna say they don’t know any better, they get all riled up with that person.” (sic)

She further added, “Then his followers start making all really crazy comments, getting very violent, threatening me, threatening my life, my family. Coming to my house, if I went to their city, they were going to hurt me, all these different things. And it’s not that the person had said something violent, but it evoked this crazy emotion in people. So people would show up at my house. I swear it was the scariest time. I walked to the door with a knife in my hand. Because Daniel (Weber) was in Los Angeles. It was really scary. And I am really happy that even if it was one day, I got his account shut down. We also filed a case against him in the cybercrime here in Mumbai.” (sic)

Sunny was also trolled for a post she put asking help for her close friend Prabhakar. The actress had urged people to donate to save his life, for he suffered from kidney failure. People trolled her for not bearing the cost of treatment entirely since she is a huge star. Sunny revealed that she and her husband Daniel Weber took care of all of Prabhakar’s financial needs. But he needed more to survive his family, bear the cost of a lawyer as he needed a transplant and several other expenses. Arbaaz mentioned how Sunny was ready to fly him to the USA for better treatment. The Ragini MMS 2 star broke down because she thinks she “failed” as Prabhakar is no more. “We couln’t save him,” said an emotional Sunny.

Workwise, Sunny was last seen in the ZEE5 original Karenjit Kaur: The Untold Story of Sunny Leone. The web series traces her journey from a middle-class girl to an adult film star to a successful name in the Indian film industry. She is a mother to three gorgeous kids – Nisha Kaur Weber, Asher Singh Weber, and Noah Singh Weber. Nisha was adopted in 2017 while Asher and Noah are her twin sons, born through surrogacy in 2018.

Sunny is currently gearing up for her debut down South Indian film industry with Veeramadevi and Rangeela.

Watch Sunny Leone’s journey from Canada to India and everything in between in the ZEE5 original Karenjit Kaur: The Untold Story, now streaming on ZEE5.

Sunny Leone To A Troll On Her Kids' Career: I Doubt They’ll Work In Adult Entertainment