Sunny Leone To A Troll On Her Kids’ Career: I Doubt They’ll Work In Adult Entertainment

Karenjit Kaur star Sunny Leone hit back at a troll on Arbaaz Khan's chat show Pinch saying, "My main goal in life is to raise a good human being." 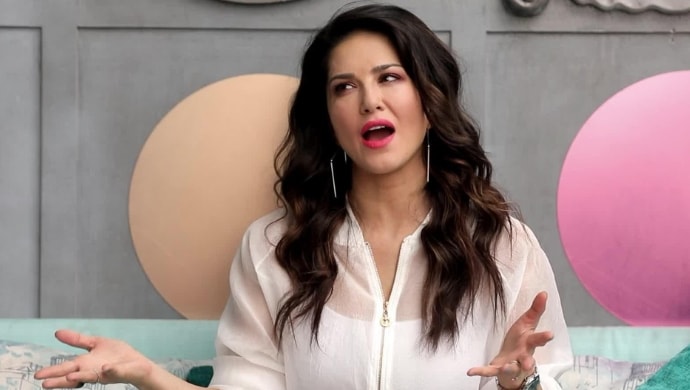 Karenjit Kaur: The Untold Story actress Sunny Leone was the latest celebrity guest on Arbaaz Khan’s chat show Pinch. During her appearance, Sunny was at her candid best as she hit back at trolls about her career switch from adult entertainment to Bollywood, what her kids would choose and others. It is mention worthy that Sunny and Arbaaz have been co-stars in the past, having worked in 2017 film Tera Intezaar together.

A troll on Twitter read, “Family business probably is the last thing #SunnyLeone will ever suggest her children as a career option.” Responding to the same, the Ragini MMS 2 star said that her main goal is to raise good human beings, regardless of what career her kids choose. Her reply was, “Yeah, probably. Why would I do that? But I think if they want to be in the Indian film industry, that’d be a great thing. Or if my daughter wanted to continue and run the cosmetic line I just launched, I think that’s a great family business. Or this perfume line I just launched in these last two years, I think that would be a great family business that she’d want to take over.”

A certain troll even targeted Sunny for picking up Bollywood as her ‘retirement plan.’ Chuckling, she hit back saying, “I am a visionary. I made decisions that were best for me at that moment in time. Have I evolved? Absolutely. Have I moved on? Absolutely.” Trust Sunny to make hay while the sun shines! She’s a baller of a woman. Sunny even issued a collective thank you note to the trolls saying, “Thank you so much for trolling me. It feels amazing because I know how long you are spending on my page.”

Workwise, Sunny was last seen in the ZEE5 original Karenjit Kaur: The Untold Story of Sunny Leone. The web series traces her journey from a middle-class girl to an adult film star to a successful name in the Indian film industry. She is a mother to three gorgeous kids – Nisha Kaur Weber, Asher Singh Weber, and Noah Singh Weber. Nisha was adopted in 2017 while Asher and Noah are her twin sons, born through surrogacy in 2018.

Sunny is currently gearing up for her debut down South Indian film industry with Veeramadevi and Rangeela.

Watch Sunny Leone’s journey from Canada to India and everything in between in the ZEE5 original Karenjit Kaur: The Untold Story, now streaming on ZEE5.

Sunny Leone Reveals On Arbaaz Khan's Show Pinch: I Would Walk To The Door With A Knife