Surbhi Chandna On The Greedy Closet: I Am Okay With Hooking Up At A Bar

Ace couturier Varun Bahl and Surbhi Chandna are the guests in the latest episode of The Greedy Closet. Catch them in a candid chat on ZEE5 now! 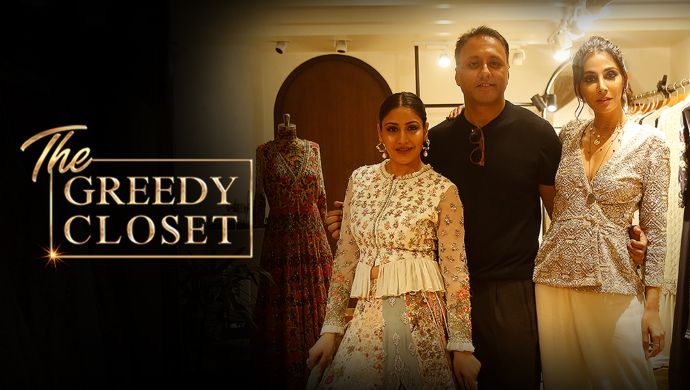 Surbhi Chandna has shot to fame in a sprint of time. The television actress enjoyed small stints on television shows including Zee TV’s Qubool Hai, and even made her Bollywood debut with Bobby Jasoos. However, it wasn’t until she played Anika on Ishqbaaz that she became a household name. The highly sought-after actress recently made an appearance on The Greedy Closet with ace couturier  Varun Bahl. While on the show, Surbhi reveals how she had to go without pay at the beginning of her hit show. She also makes interesting revelations about her biggest fear on the episode, at the end of which, Varun dresses her in a stunning lehenga.

Host Monica Dogra asked Surbhi what her greatest fear is and the gorgeous girl replied, “I don’t know if I call it fear but [I strive]to achieve, do the best, put my best foot forward, and not relax, even for a second. . I can get all jittery if things don’t go my way. That’s a constant thing.” In a rapid fire round, Surbhi admitted she is okay with hooking up at a bar. “Where else will you?” chuckles Varun, in response to her answer. While she might have a co-star who has a crush on her, Surbhi is not okay being  linked up with a co-star, for the sake of increasing the buzz surrounding a film or TV show.

As far as Varun is concerned, his designs embody glamour and sophistication and he is best known for blending classic with contemporary, as well as antique with new. The designer shared his belief saying, “You cannot be a designer without being a dreamer. And I am a firm believer that dreams come true.” Having dressed the who’s who of the entertainment industry, Varun asserted, “There is nothing wrong in wearing the same outfit somebody else has worn before.”

Catch Surbhi’s reaction on wearing a Varun Bahl creation in the episode below:

Would you love to see Surbhi Chandna in a ZEE5 Original or Zee TV show? Share your views in the comments box below.

Ayushmann Khurrana: No Formula Is The Formula Working For This Fearless Dream…

Watch the ‘Best of Ayushmann Khurrana‘ on ZEE5 now!

Happy B’day Thalaiva: The Best Rajinikanth Jokes In Honour Of His 69th birthday