The formidable fashion designer Neeta Lulla reveals how she got her first break into designing before dressing up actress Surbhi Jyoti as Cinderella. 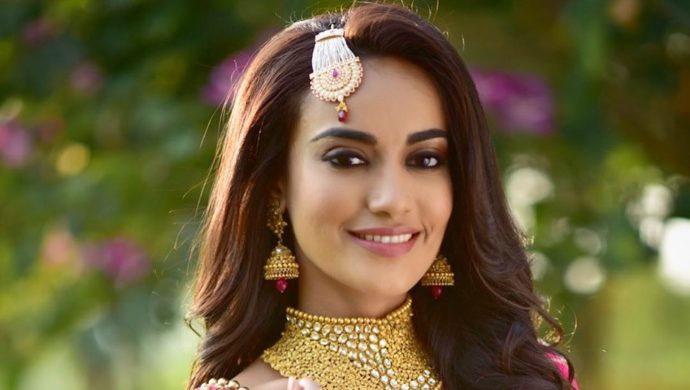 Neeta Lulla is known as the czarina of Indian fashion. As one of the fashion’s first ladies, she is a force to reckon with in the glamour and fashion industry. The leading designer boasts of a clientele of famous Bollywood personalities including Aishwarya Rai Bachchan, Priyanka Chopra, Deepika Padukone, Sridevi to name a few. Neeta recently graced an episode of The Greedy Closet. Joining her was television beauty Surbhi Jyoti. Having started out as an RJ and becoming a household name across the nation, Surbhi’s onscreen charm has secured her a place in the hearts of millions of her fans.

Speaking about her early day, Surbhi recalled in conversation with host Monica Dogra on the show, “RJ-ing happened because I used to talk a lot. I still do. But I always wanted to act. It was my passion. My mom also knew that I wasn’t interested in studies much. In college, I did theatre. Gul Khan, the producer of my first show Qubool Hai found me on the internet. She just saw a clip of my play and said you can actually come to Mumbai and work. That show became an overnight success!

Neeta, who whirled into the world of designing two decades ago, had decided to take a break after Hum Dil De Chuke Sanam. “Then, Jodha Akbar happened. I was like now I cannot surpass this so let me just take a sabbatical. Then, Devdas happened. Later, I got an international film. I thought to myself, ‘Indian and international both are done, now let’s take a sabbatical.’ Kangana Ranaut’s Manikarnik: The Queen of Jhansi happened soon after!” Well, aren’t we glad Neeta designed outfits for all these movies and more? Guessed so!

In the rapid fire segment, Surbhi was asked to choose a TV or film character she’d like to hook-up with. “Wolverine,” came her reply. When asked to pick an outfit for a role play for three celebrities if they had to get naughty with her, Surbhi responded, “An army outfit for Vicky Kaushal, a loose shirt for Ranbir Kapoor and a saree for Mouni Roy. She looks the best in Indian outfits.” She even replied with a ‘big yeah’ to the statement – I am an Indian and I love to bargain!

For more, catch Surbhi Jyoti and Neeta Lulla on The Greedy Closet episode below:

#HBDDheeraj Contest: Wish Dheeraj Dhoopar In Style And Win A Chance To Celebrate…

Watch the latest Hindi movies and popular TV shows only on your favorite OTT platform ZEE5.