Before this decade ends, here are our picks spanning across a host of genres from thrillers to psychological drama to socially driven blockbusters. 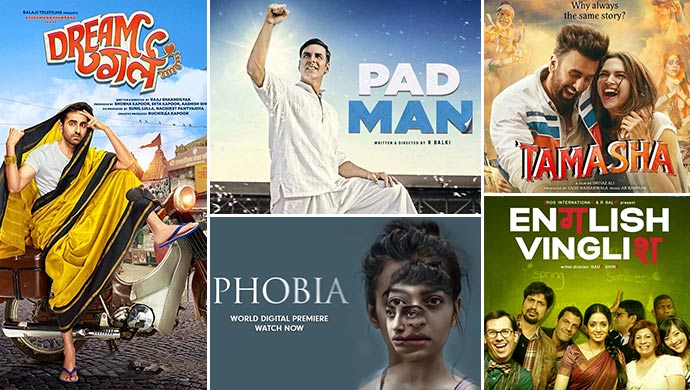 Warming our cold, cold bodies in front of room heaters, it’s officially time to start the countdown to the end of 2019 and beginning of 2020. With the year coming to a close, it also marks the end of a decade – 2010 to 2019. These ten years in particular have been path-breaking with regards to story-telling, cinema, content and consumption as a whole. With movies going to rake in as many as 1000 crore at the box office to Indian films tapping into the overseas markets to the advent of OTT platforms, quite a lot has changed. The canvas of cinema in India has seen new entrants make a splash, new trends emerge and new landscape being formed.

Reaching the masses, classes and critics alike, the decade certainly saw the release of some immensely promising and breakthrough scripts on the silver screen. So much so, that it wouldn’t be wrong to say that the recent lineup has greatly impacted how filmmakers are now looking at stories being told on the 70mm and other screens. Thus, before we bid a sweet goodbye to this decade, we decided to pick some of the best entertaining films spanning across a host of genres from thrillers to psychological drama to socially driven blockbusters and everything in between. Presenting to you, the entertainment of the decade in a nutshell!

Which is your favourite film of the decade? Tell us in the comments box below.

The Chargesheet: Innocent Or Guilty Is A Puzzle Of White Lies, Black Truths; Promos Inside

CONTEST: Would You Like To Go For A Spooky #GhostWalk With Divya Agarwal And Varun Sood?