The Cast Of ‘Chargesheet: Innocent Or Guilty’ Send Their Wishes For Broken But Beautiful 2

The cast of ZEE5 Original 'The Chargesheet' tell us about their feelings about the show Broken But Beautiful and their connection to it. 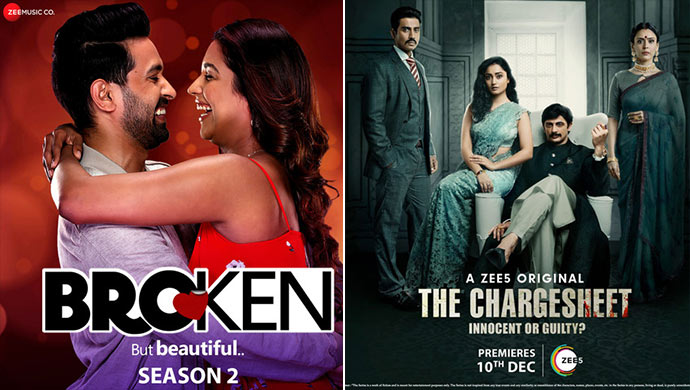 The highly-anticipated second season on Broken But Beautiful, is streaming now on ZEE5 right now. The series starring Vikrant Massey and Harleen Sethi, is all about second chances in relationships. On the eve of it’s release, we met the actors of ‘The Chargesheet: Innocent Or Guilty’ which released on the 1 January 2020. They tell us about their feelings about the show Broken but Beautiful and their connection to it.

Watch the trailer for the second season of Broken but Beautiful here.

Arunoday Singh who plays the role of a politician Ranvir Pratap Singh on ‘The Chargesheet: Innocent Or Guilty’, tells us how he feels about second chances in relationships, ‘You get it right once. but the question of giving a second chance, no. If you are working on something and the transgression is not that bad and it’s a basic human fault. Then you can consider it. But if the other person has done something unforgivable then you have to move on. Once the well is poisoned you have to move on… Trust me, I am going through a divorce.’

Tridha Choudhury who plays the role of Antara Malik on The Chargesheet, echoes similar sentiments. “It’s a tricky question but I think sometimes things snap for good. Maybe I might not want to be with the person in a romantic away again but I don’t mind going back to being friends with him say if we have been together for five years or so.”

Also Tridha mentions that Harleen Sethi is a good friend and gives her best wishes, “Harleen you are such a doll. Broken and Beautiful did so well in the first season and I’m sure they will love the second season too. I am going to watch it and hopefully believe in second chances.’

Shiv Panditt is friends with Ashwin Varde who gave him a break in the film industry with Boss. He is biased towards the show Broken But Beautiful, because it is produced by Ashwin Varde’s wife Sarita Talwar. He says, “I have nothing but good things to say about the show. I give it 10 stars and I hope it does very well for Sarita and Ashwin as well as ZEE5.”

Watch a recap of the first season of Broken But Beautiful before you begin the new season, also streaming on ZEE5.

4 Things Wrong With Shabir Ahluwalia's Abhi On Kumkum Bhagya, That Everyone Ignores