The Final Call Marks Arjun Rampal’s Web Debut: Everything To Know About The ZEE5 Original

The Final Call is a psychological thriller, a ZEE5 original that marks the National Award-winning actor Arjun's debut in the digital space. 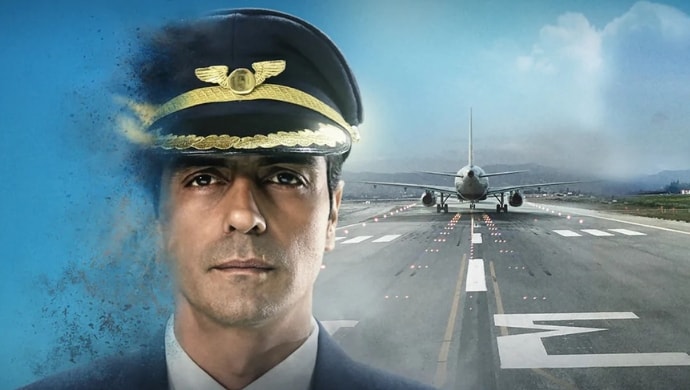 National Award-winning Bollywood actor Arjun Rampal debuts in the digital space with The Final Call. The Paltan star plays a mentally troubled pilot who takes off with 300 passengers aboard, on a suicide-cum-murder mission. Based on Priya Kumar’s novel ‘I Will Go With You: The Flight of A Lifetime’, both the ZEE5 original and the role are a first for Arjun.

Premiering today on ZEE5, The Final Call perfectly blends in the thrill, the psychological aspect of it alongside subjects like Astrology, Spirituality, and Philosophy. Does the combination sound interesting to you? To intrigue you further, we have compiled a list of all that you need to know about the project. Read on:

1. What is The Final Call about?

The Final Call is a psychological thriller about a pilot whose mental health is not in the best shape, and yet he flies a plane full of travellers. In the actor’s words, as told to a news tabloid in the Gulf region, “It’s about a pilot who has a mental illness. He’s depressed and he has taken the plane up in the skies. There’s also this spiritual, philosophical and astrological angle that comes alive from the wonderful actors who play the passengers. Their back stories will be revealed as beliefs like karma is discussed. The thrilling aspects come alive when you are kept guessing what will the pilot do now.”

2. What is Arjun Rampal’s role in The Final Call?

We have seen him as the brooding performer Joseph Mascarenhas in Rock On!! who undergoes depression, a shrewd politician who gets things done his way in Rajneeti and even a film producer who only gets evil with age in Om Shanti Om. But for the very first time in his career as an actor, Arjun will play the role of a pilot in the ZEE5 original, Captain Karan Sachdeva. Plot twist? He is mentally ill, and he is the guy who is responsible for the safety of his passengers!

3. What does Sakshi Tanwar play in The Final Call?

Arjun goes all-rogue in The Final Call and Sakshi features as his probable saviour. As Air Traffic Controller in-charge, Kiran Mirza, it is her job to keep all the fare payers’ lives safe and keep the flight and its team under check. Not the one to waste minutes cutting cake on her retirement after nearly two decades, she plunges into action even on her last day. Will she be able to save the mayday emergency?

4. What does The Final Call talk about?

Mental health seems to be the underlying theme. Arjun further told the tabloid, “Mental health is so relevant in our times. Sometimes, we are involved with our social media lives that you end up completely isolating yourself. As actors, it’s important we speak about this issue. I want to put it out there that if you are disturbed, speak to a psychiatrist. It’s important that you do it. The experts will help you dig deep down and make peace with what’s troubling you. Our show, ‘The Final Call’, is about all of that. Will my character ever find peace or is it too late?”

5. Where can you watch The Final Call?

On ZEE5. Unravel the mystery behind Arjun’s character and his real intentions!