In the ZEE5 Original State of Siege: 26/11, Arjan Bajwa's character is based on Colonel Sheoran who led the NSG team during the 2008 Mumbai attacks. 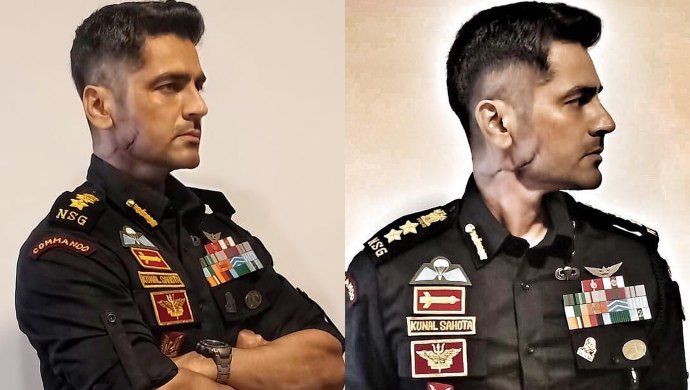 Arjan Bajwa will be seen as Colonel Kunal Sahota in the upcoming ZEE5 Original web series State of Siege: 26/11. His character is based on that of Colonel Sunil Sheoran, the fearless Commander who led the elite team of National Security Guards (NSG) (51 SAG) commandos in a sixty hour battle. It was under Sheoran’s leadership that the team took back the landmark locations of Mumbai under attack and rescued hundreds of hostages, while losing two of their own men. During an exclusive conversation, Arjan highlighted that Col. Sheoran is nicknamed as the ‘Bullet Catcher.’ Here’s a little insight into why the brave heart is called so.

Sheoran has been shot several times in the past. He has been shot and has bullet marks above his heart, on the shoulder and another one that goes through his cheek and neck. He has also served at Darshak, the highest post in the Siachen Glacier situated at 19,000 feet above sea level. After Operation Black Tornado, Sheoran travelled to several countries like Germany, France, Australia and Israel to interact with the best hostage rescue and counter terrorism squads in the world as the Indian government wanted to establish NSG hubs all across India.

Speaking about Sheoran’s role in the 2008 Mumbai terror attacks, Arjan added, “Colonel Sunil Sheoran, the character I play, kept fighting for the unit to be upgraded with better weapons and better tactics. He kept insisting the bureaucracy to look into this, to make it a special force in time of an emergency. There was frustration on his side because he was so ill-informed. When he landed with his unit, they were not aware of where they have to go. They didn’t know anything about the number of people and the depth of the situation that they were going to face. I think it’s very important that people get to see who is actually responsible for rescuing the city. The NSG’s point of view is the prime point of view.”

Watch Akshay Kumar’s 2016 film Rustom on ZEE5, based on the Nanavati scandal.