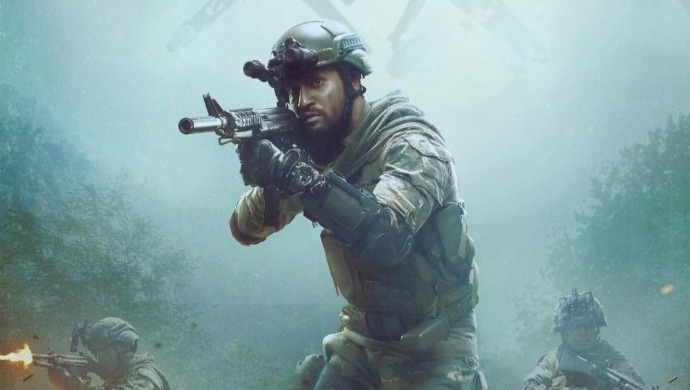 Cinema in India is brewing a strong romance with really good content off late. With hard-hitting and meaningful scripts reaching the silver screen, movie buffs too seem to be welcoming them with open arms and pockets! Aditya Dhar’s directorial debut Uri: The Surgical Strike started the year 2019 with the loudest bang and the highest josh.

Between September 28-29, 2016, Indian Armed Forces conducted a surgical strike against the militant launch pads in Pakistan-occupied Kashmir, across the Line of Control. The surgical strike was launched in response to the Uri attack on September 18, 2016, in which four heavily armed men killed 19 army jawans in the Jammu and Kashmir town. The armed men were believed to have come from Pakistan. Casting Vicky Kaushal, Yami Gautam, Paresh Rawal, Kirti Kulhari and Mohit Raina, Aditya Dhar offers an insight into one of the worst attacks in the state in over two decades.

11 days after the dreadful attack in Uri, the Indian Army made an announcement that it has successfully conducted surgical strikes against suspected militants in Pakistani-administered Kashmir. The Indian Army had received information about attacks similar to the one that took place at Uri being planned in other parts of Jammu & Kashmir by terrorist groups, shared the then-Director General of Military Operations Lt. Gen Ranbir Singh with the media. A day after the surgical strikes, then-I&B Minister Rajyavardhan Singh Rathore mentioned that the entire operation had been conducted on the ground without any aerial support. The Government of Pakistan, however, denied any such occurrence and dismissed it just a cross-border firing.

The operation began with Indian forces firing artillery across the border front – this was done to provide a cover for three to four troops of about 70-80 soldiers belonging to the 4th and 9th Battalions of the Parachute Regiment (Special Forces) to cross the Line of Control, all at distinct points. In the early hours of September 29, 2016, forces crossed the LoC in the Nowgam sector of Kupwara District and Poonch district.

Reportedly, these soldiers travelled on foot and destroyed military bases using hand-held grenades and rocket launchers. Our jawans crossed the Indian side of LoC soon after the strikes. Pakistan’s version of the story, however, varies from what was shared by the Indian Army with the media.

Watch Yami Gautam, Vicky Kaushal talk about their prep for Uri: The Surgical Strike on ZEE5!

7 Blockbuster Hollywood Movies On ZEE5 You Won't Find Anywhere Else