The Results Are Out! Announcing Why Cheat India’s World Digital Premiere On ZEE5

Soumik Sen's Why Cheat India is a satirical take on the entrance exam scams in India. It stars Emraan Hashmi and Shreya Dhanwanthary in the lead roles 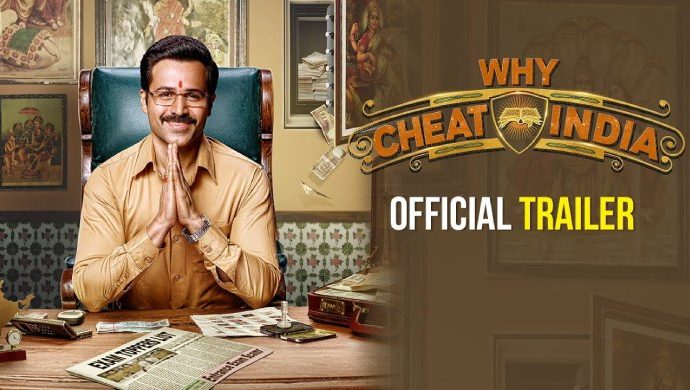 Directed by Soumik Sen, Why Cheat India, earlier known as Cheat India, will go live on the platform on May 1. This film, starring Emraan Hashmi and Shreya Dhanwanthary in the lead roles, is a satire around the rampant cheating encouraged in the Indian education system. This movie is based on the true story of a conman who pays poor, but intelligent students to write exams for richer kids who don’t want to study.

Watch the trailer for Why Cheat India here.

Emraan Hashmi plays the role of a businessman who runs a scam to get rich kids  clear entrance exams to engineering and management institutes. By focusing the movie around entrance exams, the film also throws light on the pressure parents put on their children to pick a certain career.

Shreya Dhanwantry shines in her debut film. She plays Emraan Hashmi’s love interest in this film and the role of a naive character fooled by Emraan Hashmi’s false promises. Take a look at the stars talking about the film, ‘Why Cheat India’ in an interview on ZEE5.

Watch Another Stellar Performance from Emraan Hashmi in Tigers, A ZEE5 Original

EXCLUSIVE! Arbaaz Khan On Salman Khan's Dabangg 3: Happy The Film Is Coming After A Gap