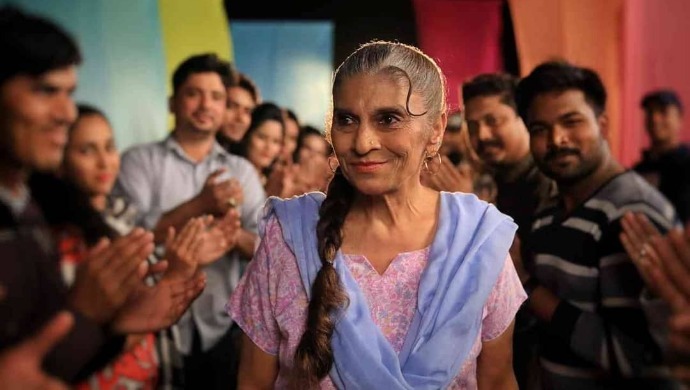 Reshma Pathan aka The Sholay Girl is India’s first stuntwoman who performed stunts for several A-list heroines of the era gone by. The list includes industry bigwigs Hema Malini, Dimple Kapadia and even the legendary Meena Kumari; Reshma truly was the first of her kind. If not for her ill health, you’d still see her jump off buildings and land safely on her feet even today. The veteran was recently honoured with the first ever Extraordinary Achievement Award at the Critics Choice Film Awards (CCFA).

What’s more exciting is that she was bestowed upon the prestigious honour by none other than writer Javed Akhtar and filmmaker Ramesh Sippy. Both these names have created the iconic Bollywood cult film Sholay, the same movie which gave Reshma the title of The Sholay Girl. Check out the video from the ceremony, tweeted by a senior journalist here:

So proud that the first ever Extraordinary Achievement Award at the #CriticsChoiceFilmAwards (CCFA) was presented to ‘India’s first stuntwoman’ Reshma Pathan. How fitting that Sholay writer Javed Akhtar & director Ramesh Sippy did the honors pic.twitter.com/smgfksc55u

The scene where Gabbar Singh’s men are chasing Basanti in Sholay, and the wheels of her Tonga come off was performed by Reshma for Hema Malini. Her stint in the film earned her widespread recognition. Despite the injuries she suffered during the shoot of Sholay, Karz and many other films, Reshma never said no to any project she was offered.

ZEE5 Original, The Sholay Girl, traces the journey of famous icon. Elbowing aside the men who used to perform chase and fight sequences for heroines, Reshma became the IT girl when it came to picking a body double for female stars. She grew up in a humble household, and thus, did all it took to shift her family to a proper home. Bidita Bag, of Babumoshai Bandookbaaz fame, played the role of Reshma Pathan in The Sholay Girl.

So what are you waiting for? Tune into to ZEE5 and watch The Sholay Girl with your girl squad and others right away!