The Ishq Subhan Allah baddie is married to the sister of a famous television actor. Hint: He was a part of Zee TV show Sapne Suhane Ladakpan Ke. 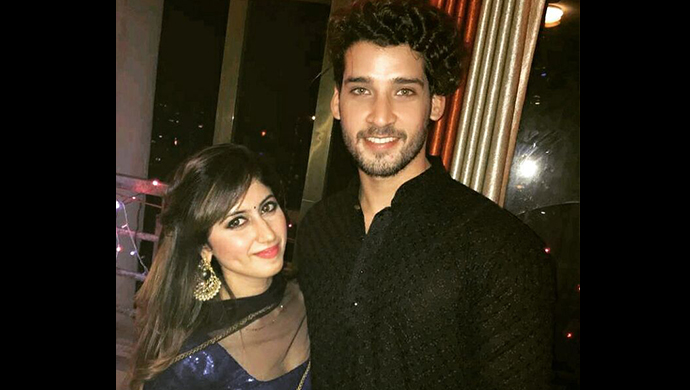 When Ishq Subhan Allah premiered in March 2018, the late night show created a buzz with a focus on triple talaq. Cut to present date. The serial has secured a position amongst the top five Indian television shows. The lead pair, Adnan Khan and Eisha Singh, have gone on to become one of the beloved jodis of the telly world. While they definitely got the limelight, let’s not forget the supporting cast of the show, for they too have made significant contribution to the show’s popularity.

Gautam Vig impressed us as Viraj while Shipsy Rana wowed with the portrayal of Rukhsar. Don’t forget to tune into to the latest episode and watch them create trouble in Kabeer-Zara’s paradise!

Ishq Subhan Allah is Gautam’s second full-fledged small screen outing. Although we love to hate his ’50 shades of grey’ on the small screen,  it ain’t easy. Blame those looks! Before you let your thoughts run wild, Gautam is officially taken. His wife Richa is Sapne Suhane Ladakpan Ke actor Ankit Gera’s sister.

Ankit was last seen in the And TV show Agnifera.

Gautam’s personality is a far cry from the baddie he plays on the daily soap. He seems quite the die-hard romantic type. Going by their Instagram uploads, the couple is always busy painting the town red. As for Richa, she is a human resource manager at a bank.

Gautam tied the knot with Richa in 2013.  He was a model before he ventured into the world of acting. Here’s wishing all the happiness and luck to you two!

Do you miss watching Gautam on Ishq Subhan Allah? Comment below and let us know. Meanwhile, catch all the episodes of your favourite show on ZEE5!

Reel To Real: The Dreamy Love Story Of Ravi Dubey And Sargun Mehta