The actors play Aliya and Purab on the show and share a great friendship off-screen. Watch the video now! 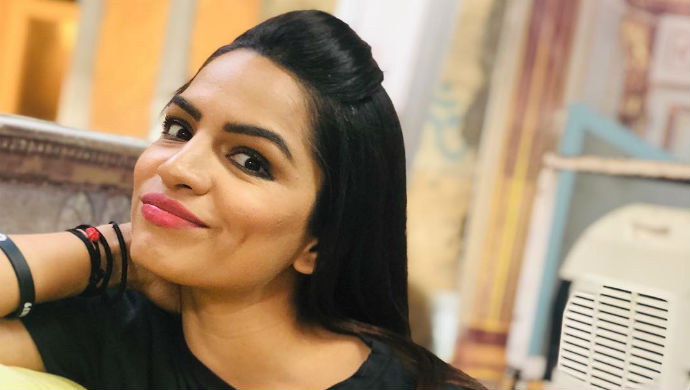 Shikha Singh Shah and Vin Rana have become household names today with their characters Aliya and Purab in ZEETV’s popular show Kumkum Bhagya. If you are a frequent visitor of their Instagram profiles, you must be aware of the great bond the actors share off-screen. Check out this cute post where Vin and Rana strike a pose on sets.

Shooting for television shows can be hectic, with actors spending hours on sets and spending half their time in vanity vans. But the cast of Kumkum Bhagya knows how to have fun even when working. After all, all work and no play makes jack a dull boy, right? Shikha Singh’s character Aliya on the show may be a vamp, but the actress is a bundle of joy in real- life. She shares a great rapport with her co-stars including Sriti Jha, Shabir Ahluwalia and most of all, Vin Rana.

Check out this hilarious video where she pranks Vin using a water bottle!

Are you rolling on the floor, like we are? From the caption, it’s evident that Shikha has been pranking Vin since a while. But this one takes the cake! We can’t get over Tauji’s expression amidst all the madness. LOL.

We wonder how Vin will get back at Aliya. Meanwhile, in the plot on Kumkum Bhagya, the story has taken an interesting twist where the evil Aliya is seen warming up to Pragya and is beginning to side with her and Abhi, much to Tanu’s displeasure. Fans are waiting to see how Aliya’s story in the show will evolve and how Tanu will react to all of it.

So, what do you think of this prank video? Good enough for you guys? Post your thoughts in the comments section!

If you’re a fan of Shikha, don’t miss a single episode of Kumkum Bhagya, now streaming exclusively on ZEE5.