This Video Of Kumkum Bhagya’s Pragya Doing A Crazy Dance Is Entertainment At Its Best!

Sriti Jha is generally a shy person but here, she lets her hair down and it is worth watching. All Kumkum Bhagya fans, don't miss this. 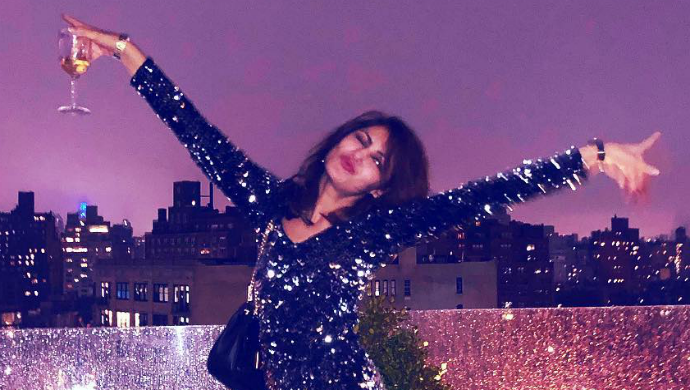 Sriti Jha, who is popular for her role as Pragya in Zee TV’s Kumkum Bhagya appears to be as sorted as her character. Like Pragya, Sriti is shy, level headed and mature. Visit her Instagram account and you will get a sense of the profound wisdom she has, owing to the captions she uses and the pictures she posts. The actress is an avid reader and is also famous for her  hashtag #chaiaurkitaab which she uses in most of her posts where she is with a book in one hand and a cup of tea in the other. But as they say, everyone has a wild side to them which comes out at the right and the right occasion. It may not seem like it but our Pragya has a wild side too!

Watch her in an episode of Kumkum Bhagya here.

Check out this video of the actress that her co-star Shikha Singh posted on her Instagram account:

Amongst the chaos of the strike & hard work of genuine people who want to work & run their household. Here we are amidst a crazy unit of production-direction-lighting-sound-setting-dress-hair-makeup-spot-many more, crazy gang of actors coming to shoot every day with sole purpose of delivering a show to all its viewers #kumkumbhagya A show with soooo much positivity & love & craziness that it can go onnn for decades!! Lucky to be a part of this show! #gratitude #superenergy #positivevibes #crazypeople #superfun @vinrana @itisriti @suwatianand @ruchisavarn @anuragkraag @shabirahluwalia @leena_real @arjitaneja @mrunalofficial2016 @supriyarshukla @madhuraja2011 @shivanisopori @ankittmohan

Sriti is seen letting her hair lose like never before and we can hardly believe it. We love how she dances gracefully in the first video and them completely goes berserk in the next. Lol! The star cast of Kumkum Bhagya knows how to have fun between takes, wouldn’t you agree?

It’s nice to see Sriti’s wild side considering how prim and proper she is expected to be as Pragya on the show. The actress has some serious moves which you should take note of! Currently on the show, Pragya just came face-to-face with Abhi after 20 years of separation.

Tells us what you think of Sriti’s crazy dance moves in the comments section below! And don’t miss a single episode of Kumkum Bhagya, catch all them streaming exclusively on ZEE5.

Watch Khoj, A Thrilling ZEE5 Original Series That Will Get You Hooked!