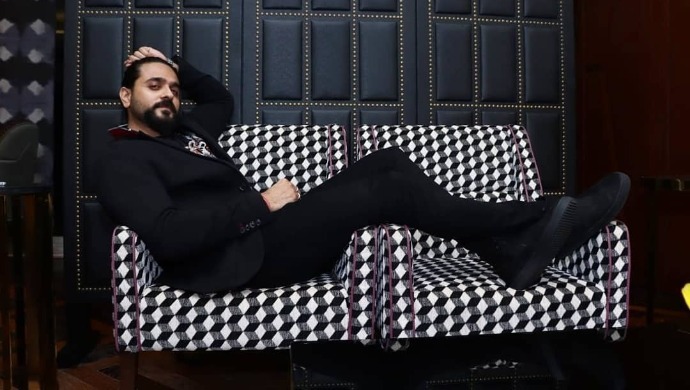 Ashish Sharma is one of the best the television industry in India has seen and there are no two ways about it. Blessed with enviable looks, a hot-bod that can leave your jaws dropped on the floor and a rugged charm – Ashish enjoys quite a good ranking on desirability meter as well. In 2017, a poll conducted by a British newspaper Eastern Eye adjudged Ashish as the fifth Sexiest Asian Man. He had beaten the likes of superstar Salman Khan, Simmba star Ranveer Singh and Pakistan’s hottest import Fawad Khan too.

The list is generated based on votes from millions of fans across the world, and thus, it is only obvious that the majority considers Ashish is sexier than Salman, Ranveer, and Fawad. What do you think? Bollywood actor Shahid Kapoor was named as the Sexiest Asian Man by the daily, while Hrithik Roshan stood second and British-Pakistani singer Zayn Malik dropped to the third spot. Preceding Ashish was another TV heartthrob Vivian Dsena on the fourth position which makes Ashish the second sexiest one in telly town. Now that’s something!

Nicknamed as Sunny, Ashish made his Bollywood debut with Ekta Kapoor’s Love Sex Aur Dhoka. However, he has a strong hold over the small screen, thanks to his acting prowess which has only gotten better with time. Ashish’s portrayal of Ranveer Singh in Rab Se Sohna Isshq won him heaps of praises and accolades. While female fans could give a right arm for his attention, the actor broke a million hearts and tied the knot with girlfriend and actress Archana Taide. Guess we will just have to make do with his Instagram uploads! The album is utterly drool-worthy FYI.

To conclude, while Ranveer Singh is ruling B-town, guess the reel Ranveer has beaten him when it comes to sexiness! Do you agree? Comment and let us know your thoughts. Stay tuned for more updates about Ashish Sharma.

Veere Di Wedding Is The Perfect Watch For An All-Girls Pyjama Party, Catch It On ZEE5 Now

EXCLUSIVE! Aahana Kumra On Working In Films Vs Digital Medium: It Is A Double-Edged Sword