Tridha Choudhury From ‘The Chargesheet: Innocent Or Guilty’ Gives Her Take On Infidelity

Tridha Choudhury from 'The Chargesheet: Innocent Or Guilty' tells us why cheating is so common in relationships and what's her New Year resolution. 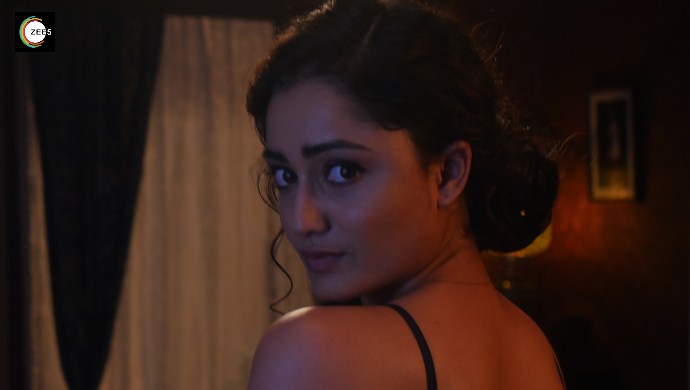 Tridha Choudhury plays a pivotal role in the upcoming ZEE5 Original The Chargesheet: Innocent or Guilty. She has worked in Bengali, Telugu and Hindi films and TV. While she looks to focus more on Hindi, a language she is most comfortable with, she talks about working in any platform if the content is good. We sit down for a chat talking about her role on the show.

Watch the trailer for the series here.

1. What drew you to the role of Antara in The Chargesheet?

Tridha: I felt this girl is a lot about simplicity. Most of the characters I’ve played have always been extremely layered or completely girl next door. However, Antara is different. She is the kind of girl who walks into a room and all the eyes are on her. It’s not because of her looks or body, she is just a vibrant person that attracts people. She is also very simple and dresses up in simple attire. That’s why I wanted to play this role.

2. While talking to Shiv (Panditt), he mentioned that both of your characters are table tennis players. And you two are very competitive despite being husband and wife…

Tridha: Yes, that’s another interesting layer to the character. We are both table tennis players as well as a married couple. I’m sure if we were sportsmen in different fields we would be competitive too. We both want to achieve more than the other and be critical of each other’s work. That is a big part of Shiraz and Antara’s relationship.

3. The show is a murder mystery set in the 80s. Do you think it is still relevant today?

Tridha: So costumes were a big part of it but that’s not all. What I really think added to it was the background score and music. We used to play these old Hindi songs to keep the ambiance of the set alive. I think the music was a big part in making me feel like it was the 80s. I’m a 90s kid so I feel like I missed out on the 80s era. I feel like I got to live it in a small way through this series.

5. So you’ve worked in Bengali and Telugu cinema. You’ve even done a Hindi TV show. Which language are you most comfortable in?

6. You’ve worked across languages but also across platforms like film, TV and web? Which do you prefer the most?

Tridha: Primarily, my focus is Hindi. Actors from all over the fraternity are joining hands and looking at the importance of digital content these days. So I don’t think it matters anymore what platform you’re seen on but more on what content you are working in.

7. The trailer suggests that the crux of the show is around infidelity. What are your opinions on being with someone else during a relationship?

Tridha: I feel that the idea of infidelity is a relative term. It has been a part of human history for years. You see all these rajas that had so many begums. What was that? It’s not written in religion or anything, we wrote it for ourselves. I am not going into the depth of monogamy and all, but I feel this is all part of being human. Otherwise if we were created to be with one person, we wouldn’t connect with any other person. You can personally, be happy with one person for the rest of your life and that will be normal too. It’s a choice for every person to make.

Tridha: First of all, my New Year resolutions don’t start from 1st Jan, they start from my birthday, 22nd November. This year I’ve made a resolution to spend less time on my phone. I think that is very important and not enough people do it.

Watch her play the role of a sportswoman and housewife, in the 80’s on ‘The Chargesheet: Innocent or Guilty‘. Watch the new season ‘Rangbaaz Phirse‘, all episodes streaming on ZEE5