In the next episode, Kalyani shuts the door of her room and goes close to Malhar. Both of them share romantic moments together. Read more here. 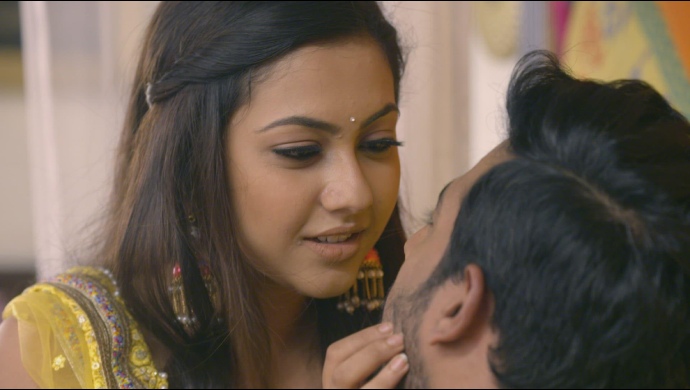 In tonight’s episode of Tujhse Hai Raabta, while Kalyani and Malhar are having a conversation, Sampada is trying to sneak into the house. Malhar is in Atharva’s bedroom at night and suspects that there is somebody outside. He gets to check and sees a shadow. When he pulls the person, it turns out to be Kalyani. Sampada reaches outside Atharva’s window and sprays a toxic repellant into his room.

He starts to suffocate, while Kalyani and Malhar enter his room. They come to know that Sampada is standing outside with Rachit. They pretend and act as if Sampada succeeded in her plan. Later, Kalyani again suspects someone outside the main gate. She comes and has a conversation with Malhar about finding Sampada and convincing for IVF (in vitro fertilisation).

In the next episode, Malhar is sitting in his room and suddenly Kalyani enters. She shuts the door behind her and comes very close to Malhar. She holds his face in her palms and gets close to him. Both of them lock eyes and then Malhar shuts his. Will they kiss? Or will somebody interrupt their moment of intimacy?

To know more, watch all the episodes of Tujhse Hai Raabta on ZEE5.

15 Sensational Dance Performances You Must See On ZEE5

15 Sensational Dance Performances You Must See On ZEE5