In tonight's episode, Kalyani stops Aao Saheb from having a court marriage for Anupriya and Adinath, and insists on a long and traditional wedding. 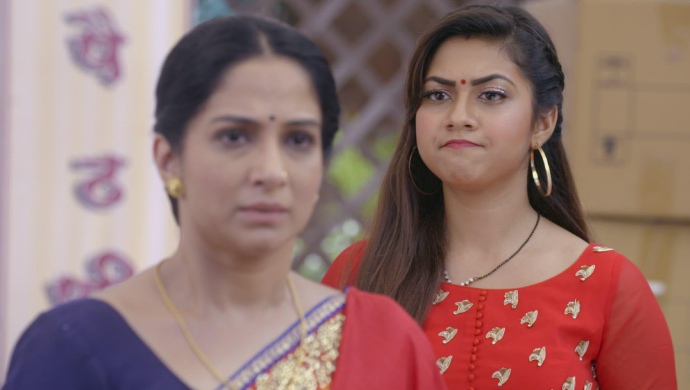 In the previous episode of Tujhse Hai Raabta, Kalyani tries to find out why Anupriya is marrying Adinath. However Anupriya says she is not being forced. Kalyani knows Anupriya loves Sarthak and can’t bear seeing them move away from each other. Kalyani tells Malhar that she loves him and never wants to leave him. Atharv finds a camera with a video proving that Aupriya was forced into marrying Adinath. Malhar gets a sketch of Anupriya from the police as a suspect. However before he can see the sketch it falls in a mud puddle and gets ruined.

In tonight’s episode, Kalyani tells Aao Saheb that Kalyani is getting closer to finding out the truth everyday. Anupriya asks her to speed up the wedding so that she can leave the house soon. Aau Saheb is ready to that but wants to think again before Anupriya surrenders herself to the police. Anupriya says she knows what she is doing.

The next day, Atharv shows up with the camera to show Kalyani a video. Ahir and his mother try to stop him. When Kalyani opens the video the battery is dead and they cannot see anything. Kalyani hears Aao Saheb planning a court wedding for Anupriya. Kalyani says the wedding needs to happen with all the customs and traditions.

Anupriya goes out to cry and Adinath comes in to comfort her. He tells Anupriya she shouldn’t let Kalyani decide her life. Sarthak feels happy seeing Anupriya has someone in her life because he thinks he will be in jail when the 26th July secret is out. Atharv is sleeping in his room with the camera, Ahir comes in and steal the camera.

Kalyani takes back the camera from Ahir saying she wants to use it to take videos of Anupriya’s wedding preparations. Later, Malhar tells Kalyani that he is happy that she got them 3 days extra to find out the truth. Malhar’s father calls out for Kalyani and scolds her for inviting widows for Anupriya’s wedding which is a bad omen.

Kalyani says they are are not widows. These are women who’s husbands left them just like Kalyani’s father had left Anupriya. She says that no one understands Anupriya better that those women and that’s why she invited them. Will she allow Anupriya to marry Adinath? Stay tuned to find out.

Save The Date: Judgementall Hai Kya, Jabariya Jodi to Premiere On ZEE5 This…