In the next episode, Rachit tortures Swara and Anupriya shoots him with a gun. The bullet passes through his back and Malhar shows up at the location. 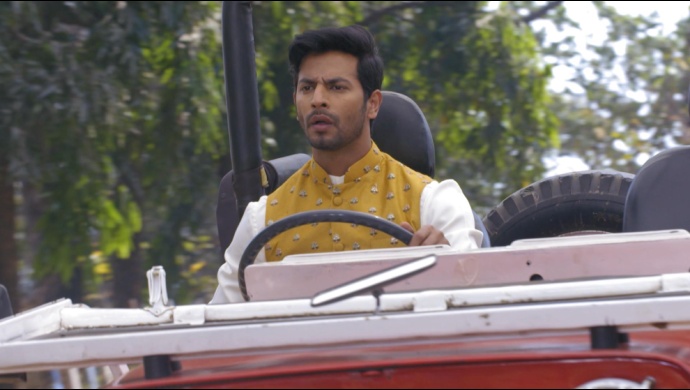 In tonight’s episode of Tujhse Hai Raabta, after catching Sampada with the help of Sarthak, Kalyani and Malhar reveal to her that all of this was a plan to bring her back home. They also disclose that Atharva did not regain his memory and was only pretending. On the other hand, Rachit is unconscious because Swara and Atharva hit him on his head.

Meanwhile, Kalyan and Malhar have romantic moments with each other and she teases him by placing her palm on his palm-impression on a pot. She does this as a sign of expressing her love for Malhar. On the other hand, Anupriya tries to phone but is unable. While saving Swara for trouble, Atharva gets married to Swara!

In the next episode, Kalyani realises that she cannot take much time to confess her feelings for Malhar and runs to find him. On the other hand, Rachit is torturing Swara and is about to throw acid on her face when Anupriya shoots him with a gun. The bullet goes through Rachit’s back as Malhar arrives at the location in his jeep. Will Anupriya get in trouble for shooting Rachit?

To find out, watch all the episodes of Tujhse Hai Raabta on ZEE5!

Kaali 2: A Recap Of Paoli Dam’s Compelling Story So Far From Season 1

Don’t forget to catch with all your favourite Zee TV shows on ZEE5!