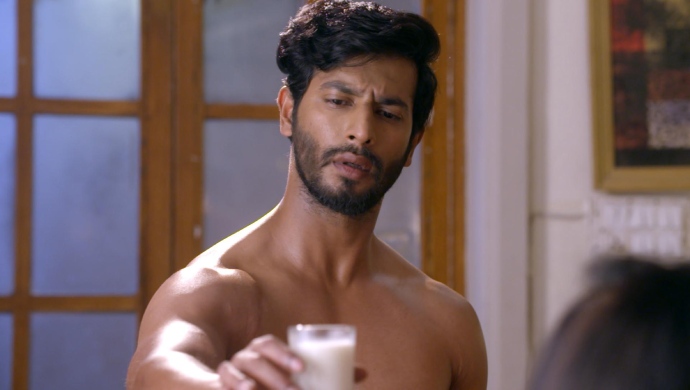 In tonight’s episode of Tujhse Hai Raabta, Malhar begins breaking everything in his room in half because he divorced Kalyani. He keeps one half with him, gives the other half to her. Kalyani tries to leave the room but Malhar says that he knows that she is lying about not being in love with him. Kalyani goes to her new room with Rachit. Malhar shows up there with a hammer and destroys the bed. Kalyani tells Malhar to take Moksh and be with Sampada instead of her. Kalyani cries and tells Anupriya that she cannot see Moksh and Malhar with Sampada. Sarthak overhears Kalyani’s confession and finds out the truth. Sampada asks Malhar to forgive her and accept her as his wife.

In the next episode, Sampada is sitting in bed with a glass of milk, waiting for Malhar. She says that she has spiked the milk to make Malhar unconscious and take advantage of him. Malhar is walking towards the bedroom when he finds Kalyani following him. Kalyani hides when she sees Malhar turns to look for her. Malhar enters the room and takes the glass of milk that Sampada gives him. Kalyani stands outside the bedroom crying. Will Sampada succeed in her plans for Malhar? Find out tomorrow.

A Married Woman: Ridhi Dogra And Monica Dogra To Headline An Unconventional Love…