In the next episode, Malhar finds out that Sampada was trying to drug him and also notices Kalyani trying to spy on him outside the door. 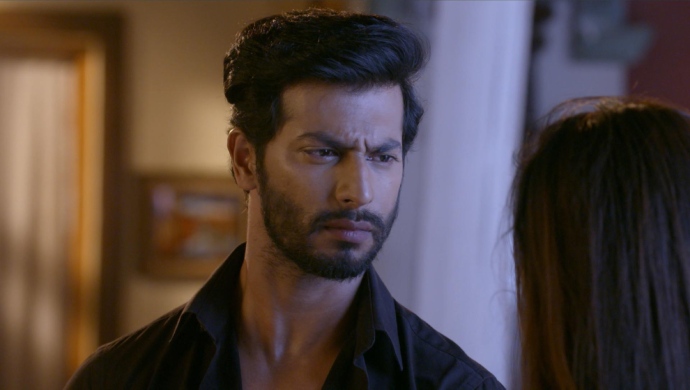 In tonight’s episode of Tujhse Hai Raabta, Anupriya finds out that Sarthak already has a daughter with another woman. Kalyani sees Sampada asking Malhar if she can be in his bedroom from now on. Malhar agrees to sleep next to Sampada and Kalyani also says it doesn’t affect her because she is doing all this for Moksh.

When Kalyani goes to her room, Rachit tries to force himself on her. She calls Pawar Kaka and constable friend and uses them to threaten Rachit. Kalyani then makes Rachi sleep next to Atharv. Sampada plans to make Malhar unconscious by giving him milk spiked with drugs. Malhar enters his room shirtless and locks the door to tease Kalyani. When Sampada gives him the glass of milk, he spills the milk from his hand.

In the next episode, Malhar puts his finger in the empty glass and wipes the sides. He sees the residue of the drug Sampada has mixed in his milk. He realises that Sampada is up to something, Malhar also notices Kalyani standing at his door to spy on him. He decides to go out and ask Kalyani if she wants to tell him anything. Kalyani becomes nervous and looks at Malhar. Will she tell Malhar the truth? Find out tomorrow.

The Chargesheet: Who Killed Shiraz Malik? 7 Conspiracy Theories Around His Death