In the next episode, Kalyani tries to stop Malhar from hurting himself while putting up the decorations but she slips along with him. 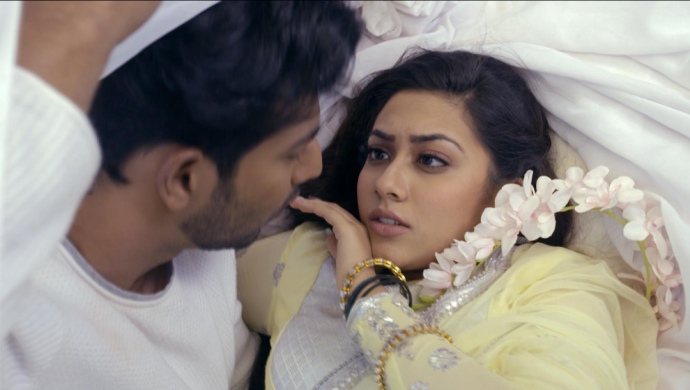 In tonight’s episode of Tujhse Hai Raabta, Kalyani warns Rachit to stay away. During a telephonic conversation with the doctor, she learns that someone’s bone marrow from Malhar’s DNA can match that of Moksh’s. For this, she requires blood samples of Sampada in order to save their to-be child from any health issues. To get it, she tricks Sampada into hurting a finger with a knife. Kalyani shares her entire plan with Anupriya.

While walking out of the kitchen, Kalyani finds Rachit, who has recorded her and Anupriya’s conversation on his phone and threatens to reveal the truth to Malhar. To stop this, Kalyani hugs Rachit in front of Malhar. She deletes the video from Rachit’s phone. As she walks out in tears, she finds Malhar also crying and tries talking to him. But she is reminded of Moksh’s life and refrains herself.

In the next episode, while hammering a nail for decoration, Kalyani stops Malhar from hurting himself. In the process, she steps on his foot and slips. They both fall on a bed adorned with flowers. Kalyani and Malhar share an intimate moment with each other. Will Malhar express his love for Kalyani?

To unveil the suspense, watch the latest episodes of Tujhse Hai Raabta, streaming on ZEE5.