In the next episode, Kalyani almost hits Rachit with a rod, but she finds its Malhar instead of the former. 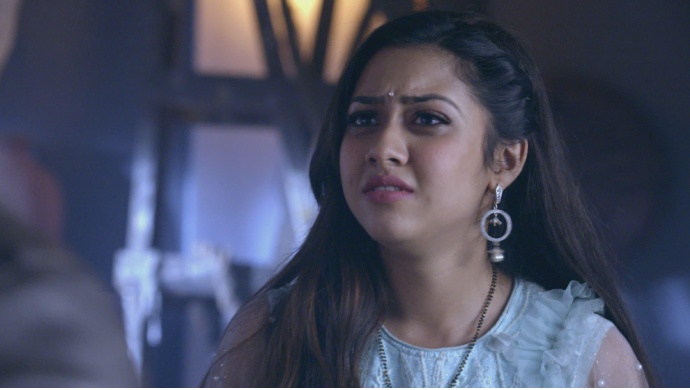 In tonight’s episode, the challenge of “The Better Husband” takes place and all men fly their kites. Kalyani is on Rachit’s team but wants Malhar to win. Pretending to sneeze, Malhar loses to Rachit on purpose so that Kalyani tells everyone she cannot spend the night with her new husband on the canopied bed.

But, Anupriya comes up with another competition of making laddoo to let Malhar win. But he loses again. Rachit wants a dance competition to decide. Kalyani tricks him to trip and fall. Malhar fits a microphone on Sampada to know the truth. While she talks to Rachit, Malhar learns that Sampada is paid to marry him.

In the next episode, Kalyani is hiding in a shack and someone enters. Assuming it is Rachit, she picks a rod and almost hits him, when she realises it’s Malhar. She discloses that it was Rachit’s plan. What was Malhar doing there?

Watch the latest episodes of Tujhse Hai Raabta on ZEE5 and know more.

#ThrowbackThursday: When Durga Jindal’s Festive Look Reminded Us Of…