In the next episode, Malhar rescues Kalyani from the ice box but she is still unconscious. To wake her up, Malhar confesses his love for her. 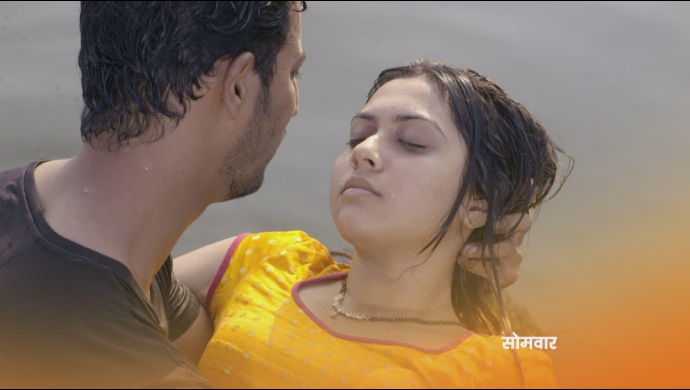 In tonight’s episode of Tujhse Hai Raabta, Kalyani is on an unknown land where Rachit shows up. He tells her the truth of how he ran away from jail. He doesn’t know that Kalyani was ‘live’ on her phone all the while. When Sampada knows this, she comes and hits Kalyani with a rock on her head. She faints and falls.

Rachit becomes mad and declares that he will never let Malhar take Kalyani. He drags her to a freezing chamber and locks her up in an icebox. He also threatens Sampada to keep her mouth shut.

In the next episode, Malhar comes to rescue Kalyani and takes her out of the icebox in the freezing chamber. He takes her into a river, but she is still unconscious. To make her come to senses, he says “I love you Kalyani.” Will she wake up? Is she alright?

Stay tuned to all episodes of Tujhse Hai Raabta on ZEE5.