In the next episode, Kalyani threatens Sampada to get IVF done, else Malhar will arrest her and Rachit in an attempt to kidnap Moksh and kill Kalyani. 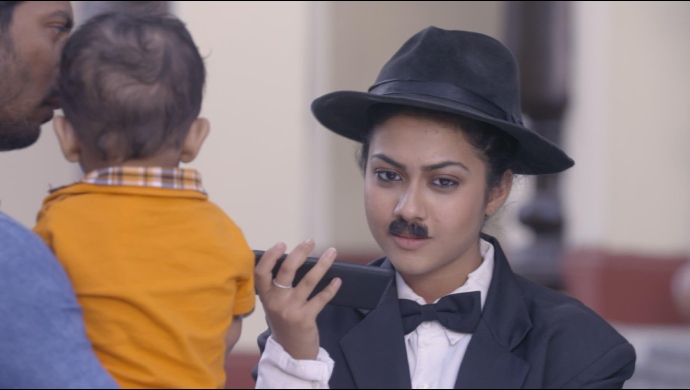 In tonight’s episode of Tujhse Hai Raabta, Malhar hugs Kalyani and promises her that nothing will happen to Moksh. He takes her home and everybody from the family is puzzled about what had happened. From the other room, Moksh starts crying and Kalyani runs to him. She hugs Moksh and checks if he is alright. Malhar enters the room and three of them hug, together.

On the side, Sampada calls Rachit and says that he made a big mistake by trying to kill Kalyani. She feels Malhar will find out that she cannot become a mother. When Malhar goes to find Sampada, it turns to be some other girl with whom, Sampada had left a letter. Malhar comes back to Kalyani and she learns that Sampada will save Moksh’s life only if Malhar marries her again.

In the next episode, Kalyani comes out with Moksh in a Charlie Chaplin disguise. When Sampada calls Malhar, Kalyani snatches the phone and threatens to agree for an IVF (in vitro fertilisation) done. Otherwise, Malhar will arrest Sampada and Rachit in an attempt to murder her. What will Sampada decide? Will Kalyani be able to save Moksh’s life?

Check out all the episodes of Tujhse Hai Raabta on ZEE5.

Don’t forget to tune into your favourite Zee TV shows on ZEE5.