In the next episode, Anupriya goes looking for Kalyani and tells Malhar she is missing. Rachit also tells Malhar about Kalyani's kidnapping. 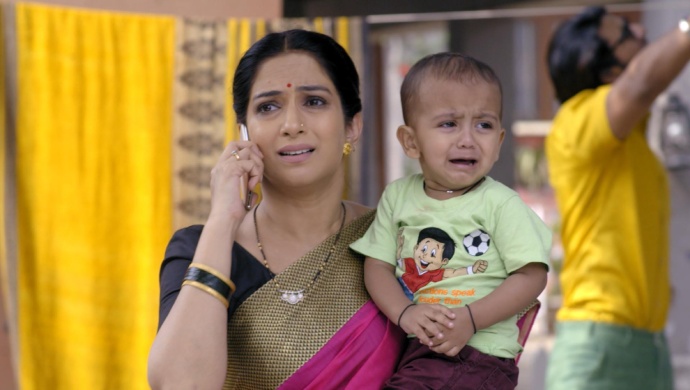 In tonight’s episode of Tujhse Hai Raabta, Rachit tries to tell Kalyani that Malhar is in love with her, but she doesn’t believe him. When Kalyani goes to her room, she finds Malhar crying because he thinks she didn’t want to marry him and now regrets him. Kalyani places Malhar’s hand on her heart and proves to him that she really loves him, no matter what she thought of him before.

Kalyani wipes her tears and goes out because she has to give a demo of Kalyani washing powder to a few dhobis and sell as much detergent as she can. Malhar too gets a call saying Ahir made a call and was taken out of jail. Malhar goes to the police station and tracks Ahir’s phone call but doesn’t find anyone at the call location. Kalyani is kidnapped by four people with guns. Rachit tries to save her, but gets beaten up too.

In the next episode, Anupriya goes with Atharv and Moksh to find Kalyani. They find her pile of clothes there but doesn’t find Kalyani anywhere. She calls Atharv and informs him that Kalyani is missing. Malhar is looking out for Ahir but Rachit comes up to him and informs him that Kalyani has been kidnapped. Malhar follows the trail Rachit tells him and it leads him to a laundry where Malhar begins looking for Kalyani. Will Malhar find out where Kalyani is? Stay tuned to find out.

Sharad Kelkar’s Success Story: Journey From A Gym Instructor To A…