In tonight's episode, Kalyani gets to know that a dancer, Malika, was called for Sharad's bachelorette party and Malhar walked Malika to her room. 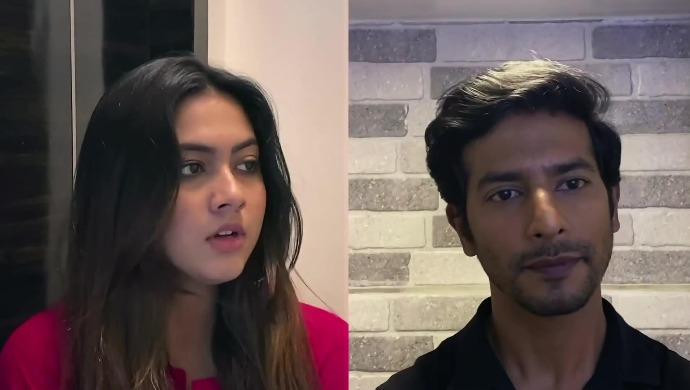 In tonight’s episode of Tujhse Hai Raabta, Malhar informs viewers that the entire Rane and Deshmukh family have come to attend Sharad and Priya’s wedding in Nashik. Malhar gets a call from Pawar and informs him that the wedding has been postponed for two weeks now. He tells Pawar to keep an eye on people and maintain social distancing. Anupriya gets tensed thinking about how can Sarthak give her wrong medicines that affect her memory. On the other hand, Kalyani gets disturbed thinking that they have to be quarantined in Nashik. Kalyani video calls Anupriya and tells her that she is getting affected by this lockdown.

Anupriya who has lost her memory, asks Kalyani if their bond was strong? Kalyani tells Anupriya that she does not want the families of the groom and bride to know that she and Malhar have been divorced. Kalyani calls Aau Saheb and the latter tells her that doctor has informed her that Anupriya’s memory will soon be regained. She tells Kalyani to behave normally with Malhar. Priya calls Kalyani and says that she is upset as her wedding will not go as planned. Priya tells Sharad to meet Kalyani, but he gets disturbed seeing her. Sharad immediately goes away and searches for something on his phone.

Kalyani gets to know that Malhar went to his room with some girl and she gets annoyed. Sarthak sends ginger tea to Anurpiya’s room. He tells Kalyani that Sharad’s friend organised a bachelorette party for him and had called a dancer. Sarthak tells Kalyani that Malhar went to settle down Malika. Sharad tells Priya that Kalyani’s face is identical to his boss’s wife. Kalyani overthinks as she thinks about Malhar and Malika. Aau Saheb and Malhar’s father get into an argument. Malhar knocks the door and Kalyani thinks that it might be a thief. She rushes to the bathroom and starts hitting the thief but later realises that it is Malhar.

Trilok plans to ruin Kalyani and Malhar’s life and gets happy knowing that Sharad and Priya’s wedding has been postponed. Kalyani loses her calm knowing that Malhar’s room is close to Malika’s room.

Get Live Updates on Coronavirus Outbreak on ZEE5 News.