The leading pair of Ragini MMS Returns season 2 talk about how being in a relationship affected their shoot and starting business ventures together. 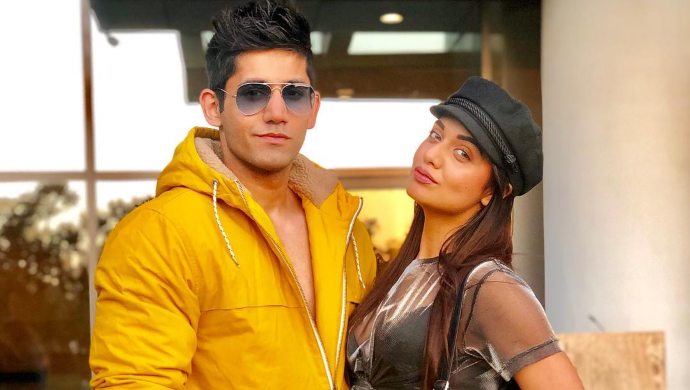 Divya Agarwal and Varun Sood have taken the internet by storm with their edgy horror series ‘Ragini MMS Returns 2‘. They are the leading pair on the show but they are also in a steady relationship off-screen. Divya and Varun talk to us about why this season of Ragini MMS Returns was more than just what it seems on the surface and how being in a relationship affected them on the set.

Watch the trailer for the show here.

1. The show finale released only on 29th December 2019. How was the early reactions to your show?

Divya: I was speaking to a fan I met at the #GhostWalk we did. She mentioned that she has watched the whole show twice. Since the last episode released on 29th, I was really happy. People still compliment me about the role and the final twist about Kasturi and Captain Burns really surprised the fans.

Varun: The show released over a few days so we kept getting messages from people. They were all curious about what will happen in the show next. The show also has a strong message and I am glad with all the suspense, the fans still loved the message of the show.

2. What was it like making your web debut with such a popular franchise?

Divya: There was a little pressure because Ragini MMS is already such a popular franchise. Plus working with two big platforms like ALTBalaji and ZEE5. It felt great to get such backing but we were nervous for sure.

Varun: Plus, this was our first complete acting debut. So I was a little nervous about that as well. But I think it made me work harder so it helped me in a way.

3. You are the leading pair on the show and you are dating in real life too. Did this make it more easy or difficult on set?

Divya: I wouldn’t say it was easy, shooting on set is never easy. I would say it was a little more comfortable working with Varun. We had to shoot some intimate scenes and I needed that sense of comfort in a way. There were times when we started acting like our usual selves on set. We had to remind ourselves that this is Ragini and Rahul not Divya and Varun.

Varun: Yeah. I wouldn’t say it was easy. And again we were comfortable with each other, but we had to shoot with the other cast as well, so eventually we were able to keep that professionalism.

4. Since you are in a vacation with your girlfriends on the show. How was the bond on set?

Divya: We all felt like we needed to have a strong bond, because we felt if we were friends off-screen it would show on-screen. So we made it a point to hang out outside the sets. There were times when I was telling Varsha “Aye pagal” and it was really Ragini calling Sneha (Namanandi) crazy. We developed a good bond and I am still in touch with all of them.

5. Which is your scariest moment from Ragini MMS Returns 2?

Divya: Oh, I think one of the scariest moments was when one of the photos we clicked on our phone appeared badly distorted. I don’t know how it happened to only to that one photo. We went around showing it to everyone like ‘See this is so scary.’

Varun: I had another scary incident when a bat flew into my room while I was changing. It happened the same day that the photo incident happened. I ran out of the room in my shorts because I was so scared of the bat.

6. Ragini MMS as a franchise is a mix of horror and sex. Which do you think were more appealing to the audience this time?

Divya: I think it was the story more than anything else. Because, this time there was a strong message of women’s equality, rights and consent on the show. I think people loved the story and understood the message more because we are living in a time when people are more open to change.

Varun: Yes I think the horror and sex were just used to enhance the story and excite the audience. In the end, this season of Ragini MMS delivers a strong story.

7. What is your take on the expansion of horror as a genre in India?

Divya: It’s good to see something new in the horror space like Ragini MMS Returns 2. I also feel there needs to be more positive representation of ghosts. They can be forces of evil as well as good right? The ghost is always shown as angry and out to take revenge.

Varun: We’ve all seen the different kind of horror shows abroad. I think India has a lot more to explore in the horror space. We’ve been telling the same kind of stories for too long.

8. You own a basketball team and you started a new chain of restaurants. How did these ventures come together?

Varun: We started out as VJ’s and now we are actors. So we are always looking to do more. In fact I was playing for our basketball team while shooting for Ragini MMS as well. We’re always trying to do more because I believe we shouldn’t limit ourselves to only one thing.

Divya: Yes. We have only one life, it’s good to try out different things. If it works it’s great, if it doesn’t work it is a learning experience for us. Plus, Varun and I are already each other’s support system so it makes complete sense to become business partners too.

Varun: To become the best version of myself. To try different things are do it the best I can. Because if I stop getting better there’s a hundred other people who will move ahead.

Divya: I want to be able to balance work and personal life now. I’ve made a lot of friends whom I cannot meet because I’ve worked quite a bit this year. Everyone keeps saying I don’t make time for them. Even my social life has been with Varun only mostly. So this year hopefully I’ll be able to maintain a balance.

Watch this hot couple set the screens afire with their chemistry on Ragini MMS Season 2, all episodes now streaming on ZEE5.

Shukranu Trailer: Divyendu Sharma And Shweta Prasad Basu's Film Will Have You In Stitches