Vaishali reveals her love for flying kites, munching on gud and til and more in a conversation with ZEE5. 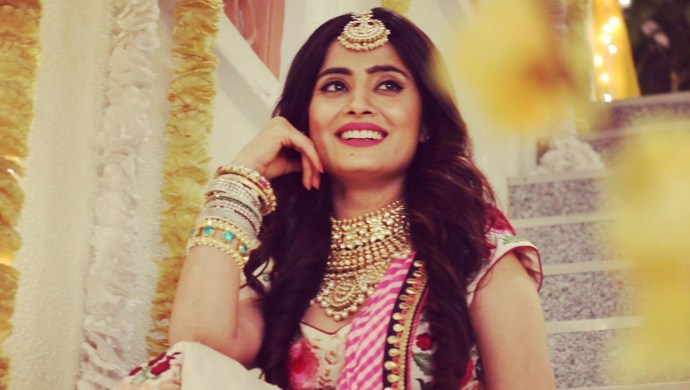 Festive celebrations in India are quite similar to what we see in Sooraj Barjatya and Karan Johar movies. After all, it’s all about loving your family! Almost every month in the calendar is marked by at least one festival. January has Lohri and Makar Sankranti. Makar Sankranti 2020 aka Maghi 2020 falls on 15 January this year. Ahead of the occasion, Vaishali Takkar and Karam Rajpal of Manmohini show share their fond memories of Makar Sankranti, in conversation with ZEE5.

Vaishali and Karam both wished their fans a very happy Makar Sankranti! Sharing how she celebrates the annual event, Vaishali told us, “I celebrate Makar Sankranti with great pomp and show. I am a Punjabi so Makar Sankranti follows Lohri celebrations. I have so many memories. I just love flying kite with my brothers. We used to play gilli-danda because it was a ritual back then in my hometown. Here also in Mumbai, I was at a friend’s place last year and we flew kites. It was too much fun. ” She further added, “I love munching on peanuts – the gud and til.”

Vaishali and Karam recently joined Manmohini as the lead couple Ananya and Shiv. Vaishali’s character is that of a chirpy girl from Banaras. Manmohini marks Vaishali’s second collaboration with Zee TV after Yeh Vaada Raha in 2016. Last seen in a negative role in a popular daily soap, Karam entered Manmohini as Shiv aka Mann. Shiv and Ananya fall in love but Mohini is the trouble in their paradise.

In a conversation with a leading daily, Vaishali spoke at length about her role saying, “The backdrop is also shifting from Rajasthan to Banaras and I play Ananya, who belongs to an upper middle-class family from there. She is a bad-ass, but has a good heart. My homework for the character is to learn the accent used in urban Uttar Pradesh, but keep it subtle at the same time.”

Stay tuned for more details about Zee TV show Manmohini. Don’t forget to watch it from Monday to Friday at 10:30 pm on Zee TV and at anytime, anywhere on ZEE5!

The Chargesheet: Innocent Or Guilty Review: A Gripping Story Backed By Solid Performances