Varun Dhawan On Being Linked To Alia Bhatt: Logon (People) Ko Lagna Chahiye We Are In Love

Kalank actor Varun Dhawan was the latest guest on Arbaaz Khan's show Pinch. He spoke about he and Alia Bhatt being tagged as lovers. 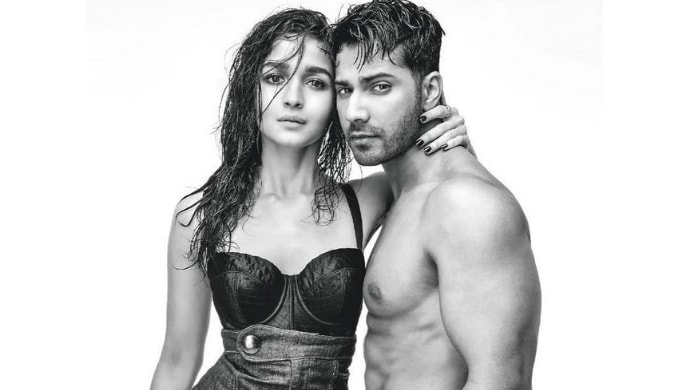 Badlapur actor Varun Dhawan was the latest guest to make an appearance on Arbaaz Khan’s chat show Pinch. During his visit, the actor spoke about being linked with his co-star of several films, Alia Bhatt. Arbaaz Khan read a comment by a social media user who asserted that Varun and Alia are perhaps secretly in love and won’t ever admit it to each other. It is mention worthy that reports of Varun and Alia’s linkups made rounds of the internet soon after they debuted with Karan Johar’s Student of the Year.

Notably, Varun and Alia are set to share screen space soon in Abhishek Varman’s next directorial venture titled Kalank. The two young guns are apparently romantically paired opposite each other, and that in itself has piqued the interest of their fans. Varun and Alia, or as fans fondly call them ‘Varia’ have delivered box office hits like Student of the Year, Humpty Sharma ki Dulhania, Badrinath ki Dulhania. We hope their fourth outing turns out to be a blockbuster hit too! Kalank also stars Sonakshi Sinha, Aditya Roy Kapur, Madhuri Dixit Nene and Sanjay Dutt.

Catch all the episodes of Pinch, streaming on ZEE5.

Having Them Mid-Week Blues? We Recommend A Popcorn Bucket With Ranveer Singh's Film Simmba To Beat Them!

Katrina Kaif Is More Interesting On Social Media Vs In Real Life: Varun Dhawan On Pinch