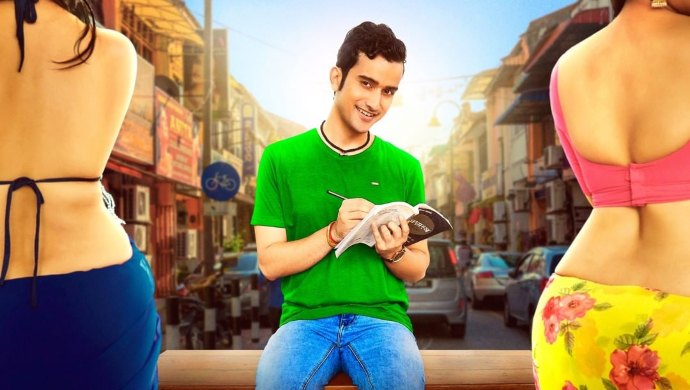 ZEE5 and ALTBalaji are enjoying a triumphant run with back-to-back original series winning hearts. Virgin Bhasskar, a romedy of errors, is the latest addition to the OTT platforms’ already crowded hat. The exciting web series is centered around an erotica novelist Bhasskar Tripathi from Banaras, who embarks on an adventurous journey of losing his virginity to the girl he loves. With all his friends jumping into bed, Bhasskar is the only one left without any action. Thus, he decides to pen his fantasies into a novel which becomes an instant hit.

Virgin Bhasskar stars Anant Joshi as Bhasskar while Rutpanna Aishwarya plays his love interest Vidhi Pandey. She is an aspiring IAS officer, admired by the entire city for her beautiful looks and daring attitude. Bhaskar’s best friend, ‘Mishraji’ will be played by Pankaj Singh, who is Bhaskar’s wingman helping him get laid. Himanshu Singh who was also seen on TV earlier will appear as Bhaskar’s landlord’s handsome son Rohan, who Bhaskar is jealous of because he gets a lot of women. Recently, ZEE5 dropped the trailer of Bhasskar Tripathi, providing a sneak peek into the laughter riot of a digital drama it is.

The trailer shows Bhasskar being mocked for not getting his cherry popped even after being in his 20s. His virginity ruins his reputation amongst his friends but Bhasskar benefits from it largely when it comes to writing. He echoes the sentiments of several others like him who are virgins. The 10-episodes web drama is set to leave you in splits as Bhasskar’s troubles worsen with every part. Watch the trailer here:

Speaking about his role, Anant was quoted by a leading entertainment news portal, “This series is one of a kind and the character is very different. The character is so well written that I was convinced for this role at the first go. My character Bhasskar is an adult novelist but the irony of his life is that he hasn’t experienced any relationships in real life. The team has taken a lot of effort to portray this reality on screen and ensure the audience can experience something new. I just hope that all our hard work pays off.”

Watch out for Virgin Bhasskar releasing on ZEE5 on 19th November 2019.

Dishank Arora: Vedant Of Rajaa Betaa Is One Of The Best Characters I Played In…

In the meantime, check out the ZEE5 Original Love, Sleep Repeat, of a boy who finds too much love in multiple women releasing this November on ZEE5.

Sunburn 2019: 8 Popular Tracks By Top Artists On The Line-up This Year To Raise The Hype