"The genocide of Kashmiri Hindus is one of the most tragic incidents to happen during partition in India," Vivek talks about The Kashmir Files. 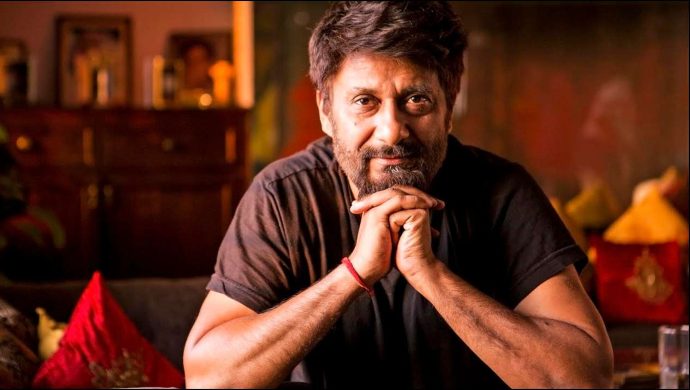 Prime Minister Narendra Modi’s government made a landmark move last month by revoking #Section370. Home Minister Amit Shah, of the NDA government, announced that #Article370 and #Article35A have been removed. It means that the state of #JammuAndKashmir shall no longer enjoy a ‘special status’ but also that the laws under the Indian Constitution shall apply to J&K hereafter. Vivek Agnihotri, who recently announced a film on the exodus of Kashmiri Pandits, shared that he is happy with #Section370Scrapped. Read our interview with the director of The Tashkent Files on the latest move and his next project The Kashmir Files.

“In this country, there are lots of unsettled issues. Because of appeasement and vote-bank politics, no politician dared to correct them. For example Triple Talaq. Everybody realizes it is a bad practice. That had to happen. Second thing, take encroachment. People would park their vehicles, shops and then there would hardly be any place left to walk on footpaths. Now, this is a wrong practice that never got settled. Finally, they have imposed fines and all, let’s see how it plays. On 18th February this year, I had run a campaign that Section 370 35A should be removed. I had said if people give me one lakh signatures I’d take it to the Prime Minister of India. We got more than three lakh signatures and we had sent it to the PMO. I was called also to discuss. So I am happy it was scrapped. What I am trying to say is, it is discriminatory to people. There are so many problems, there is poverty outside Srinagar,” Vivek expressed.

When asked about the communication blockade and people alleged to be missing, he added, “Yes, there will be problems. People will have to suffer. But for 70 years people were suffering. I have a feeling that by January – February 2020, things will get better. Five years down the line, Kashmir might be one of the most developed and rich states. When two parties are fighting, people will say such kind of things. At the end of the day, there is no official report of people missing. First of all, this propaganda is coming from Pakistan. But even if suppose, few people went missing, shouldn’t we look at the thousands who get killed every year because of terrorism?”

A lot of Kashmiri Pandits wanted Vivek to make a film on the subject, the filmmaker revealed. “The genocide of Kashmiri Hindus is one of the most tragic incidents to happen during partition in India, so many children were killed, people were shot, women were raped. But the problem is it is such a difficult and sensitive subject, nobody dares to make a film on that. It is also very risky, people think somebody will kill them. That’s why all the films that have been made in this country on the Kasmir issue have some sympathy towards terrorists. I have been wanting to make this film for quite some time, a lot of Kashmiri Hindus want me to make this film. I did not have 100% courage but with the success of The Tashkent Files, I have gained confidence that these kinds of films work and can work.,” he shared.

What are your views about Article 370 being scrapped? Tell us in the comments box below using the hashtags #Article370, #JammuAndKashmir.

Meanwhile, watch New Bollywood Movies like Uri: The Surgical Strike only on ZEE5. Or, get in the mood of nationalism and catch patriotic movies, here.