"I came to Bombay and things just happened. I gave about 300 auditions and eventually landed my first acting job," Vivek reveals in a candid chat. 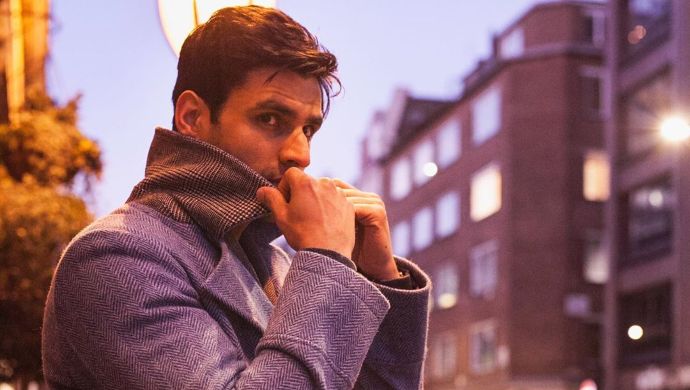 “I became an actor by fluke,” asserts Vivek Dahiya. The actor, who has been a part of several leading television shows, is set to make his digital debut with upcoming ZEE5 Original State of Siege: 26/11. Vivek never planned to get into the entertainment industry, but destiny has a way of getting things done. For Vivek, it was the great recession that started in 2008 that paved the way for his entry in the world of gloss n’ glam. At the recently concluded ZEE5 January 2020 calendar launch event, we sat down for a candid interview with Vivek about his maiden web series, how 2019 has been for him and wife Divyanka Tripathi Dahiya, early days and more.

Read edited excerpts from our exclusive conversation with Vivek Dahiya below.

1. You were working in the United Kingdom. From there to becoming an actor in Mumbai, how did it happen?

I was actually in the UK for seven years. I was even working there. Recession had hit in 2008 so a lot of people were being laid off. I was one amongst those affected by the financial situation. Since I was a migrant, I had to come back to India. I was running like a headless chicken. I couldn’t land a job catering to my skill set. I simply started modelling, one step lead to another. I came to Bombay and things just happened. I gave about 300 auditions and eventually landed my first acting job. I was supposed to pack my bags and leave for home, Chandigarh. That’s when I got the offer. Ever since, things fell in place and never felt the need to return.

3. Both you and Divyanka have made their digital debut with a ZEE5 Original. How has the experience been?

Zee has a dynamic and versatile team. I have worked with Zee5 not in an on-going series, but on events earlier. The people who I have met through State of Siege: 26/11 are all really cool. I have become friends with some of them.

4. You have mentioned that you have always been an athlete. How do you plan to amp up your fitness game in 2020?

I just find new ways of training. I am not getting old, I never get old (laughs). As time passes by you realize the same methods don’t work, so you have to keep reinventing. I have always been athletic, working out and all.

I have never held a reptile. I’d like to hold one and not be scared anymore.

Stay tuned for more dope and updates about the upcoming ZEE5 Original.

Best Of 2019: 7 Major Plot Twists On Kumkum Bhagya That Left Us Stunned

Watch the nomination special for the Zee Rishtey Awards here.