Nishant Malkani's character on the show turns experimental in the kitchen. If you want to cook a lavish meal for your partner, follow these rules. 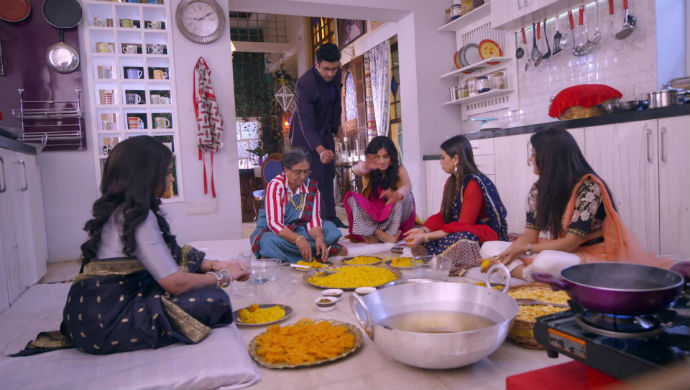 It must have been a dream for women to see Guddan Tumse Na Ho Payega’s Akshat Jindal work in the kitchen. Actor Nishant Singh Malkani who plays a chef and restaurateur on the Zee TV show has impressed many of us with his attention to detail. In the first episode of the show,  he figured the kheer was burnt just by its fragrance! Watch that scene at 16 minutes 40 seconds in the episode below:

You might not be a perfectionist with culinary skills like Akshat. But, if his character has inspired you to take up some kitchen duties, make sure you keep these 5 basics in mind.

Rule 1: Don’t leave the kitchen in a mess

After you are done working, never forget to clean the kitchen table. Also, make sure to leave the surrounding area spic and span.

Rule 2: Know the kitchen at the back of your hand

If you cook regularly, you must be well aware of what ingredients and utensils are kept where. If someone else is entering the kitchen, make sure to brief him/her!

Rule 3: Do not disrupt the setting

If you don’t keep things where they belong, forget entering the kitchen again You’re in trouble, mate.

Rule 4: Wash the vessels before you use them

You need to follow some basic hygiene when you cook. Hence, never ignore this rule.

Rule 5: Avoid footwear inside the kitchen

At times footwear can be an obstruction while cooking, so it is best to avoid wearing them inside the kitchen.

In one of his press statements about the show, Nishant had revealed how he took culinary training and watched a few videos from digital platforms to prepare for this role. Well, it has added a feather to his cap. You can catch more glimpses of his role in Guddan Tumse Na Ho Payega’s streaming on Zee5.

Also, if you have any more kitchen rules in mind, then tell us about it in the comments section below!

Siddharth Chandekar's Inspiring Tale From Gulaabjam Will Make You Chase Your Dreams!