Watch Out For ‘Mafia,’ The Thrilling New Original Series Coming Soon To ZEE5

This upcoming ZEE5 Original thriller promises loads of mystery and drama that will keep you totally hooked! Details inside. 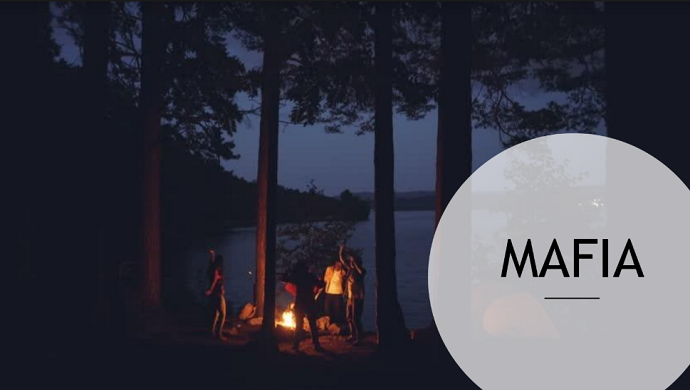 Mafia, directed by Birsa Dasgupta, is the latest ZEE5 Original series that will shake up our worlds next month! The riveting mystery drama series is set for release on the 10th of July on the platform. Created by Rohan Ghosh and Aritra Sen, the duo that gave us such gems as the thrilling Original series Kaali 2, Mafia has a suspenseful storyline which is also refreshingly unique!

Six friends who were extremely closely knit in their college days reunite for Tanya’s bachelor party in Madhupur. However, all six of them are bound by a horrifying incident which had torn them apart for years. The reunion serves to rake up the trauma afresh, turning an idyllic trip into a dangerous cat-and-mouse game. The friends embark on a round of Mafia, the popular game which many of us enjoyed playing in our childhood. Instead of serving as a bonding activity, the game brings out the worst in them, fuelling each of them to act on their hidden agendas filled with deceit and betrayal.

The cast of Mafia is just as exciting as its plot! It includes actors Namit Das, who has starred in the Bollywood film Wake Up Sid, Tanmay Dhanania of Brahman Naman, Saurabh Saraswath (Cat Sticks), Riddhima Ghosh (Bhalobashar Shohor – Pori ), Anindita Bose (Saayori), and Ishaa Saha (Bhalobashar Shohor- Kolkatar Kobitara). They play the six friends in the story, and we can’t wait to see this diverse and talented bunch bring each character to life on screen!

Mafia is a ‘whodunnit’ with a twist. The crime thriller story is further compounded by the intriguing psychological mystery behind it, that also makes it a ‘whydunnit’– something that will leave you glued to the screen throughout! From reliving the nostalgia of the past to getting embroiled in gruesome mind games as a result, Mafia is sure too keep you hooked. So mark your calendar for 10 July and be sure not to miss this epic new Original series!

Are you excited to watch Mafia? Tell us your thoughts in the comment section below!

Kundali Bhagya: Which Of These Bridal Looks Of Preeta Did You Like The Most?

For more entertainment, watch Shesh Mess, a Bengali drama set in the future, only on ZEE5.

This Is How The Ragini MMS 2 Couple Divya-Varun Are Giving Us #LockdownCoupleGoals!