We Can’t Stop Scrolling Through Ruhi Chaturvedi’s Instagram. You Should Try It Too

Did you know that Sherlyn Khurrana of Kundali Bhagya is a former Miss India winner? Read to know more interesting facts about the actress. 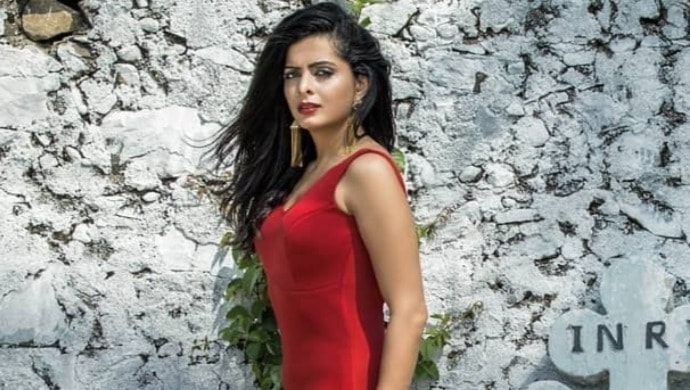 The cute nok-jhok between Karan Luthra and Dr. Preeta Arora is one of the main reasons to forward to Zee TV’s popular television serial Kundali Bhagya. Lead pair Dheeraj Dhoopar and Shraddha Arya share a chemistry that comes with no cracks and sizzles up our screen from time to time. But as much as we cannot get enough of PreeRan (as Karan and Preeta are called fondly by fan family), we love to hate Sherlyn Khurana equally.

The vamp of the show, played by Ruhi Chaturvedi, is seen as Rishab Luthra’s fiancee. But of course, it’s all the part of a plan she hatched with her actual lover Prithvi Malhotra (Sanjay Gagnani) on the daily soap. Admittedly, we have all wanted Sherlyn to get caught in her own trap almost every time she sets up one. On the contrary, Ruhi is quite a charmer who tugs directly at the heartstrings. In fact, a scroll through her Instagram (make that stalking perhaps) and boy, she has us under her spell!

Can you guess which book am I reading ??? 🗯️ . . . Make up and hair – @gaujanirani Assisted – @jaspal_kaur_chana Styling – @donajw . . . #lovelovelove #letskeepitplayfull #letsplay

Kundali Bhagya is Sherlyn’s first show on the small screen and the good-looking is already garnering praises for her performance. Not many are aware, but Ruhi aka Sherlyn is a sought after name in the Rajasthani film industry.

She rose to fame with a film titled Pagdi that released in 2016. Ruhi has graced several fashion weeks during her modeling days. On the small screen Sherlyn might be anti-Luthras but in real life the actress who plays the part shares a warm rapport with the cast.

For those living under a rock, Ruhi is a beauty pageant winner. She won the Miss India title in the year 2010. As far as our knowledge goes, she is single and on the look for her prince charming.

With so much to her credit, so early in her career, we cannot wait to see her scale heights and take flights.

Do you love Ruhi’s portrayal of the baddie Sherlyn? Do you think she and Prithvi will be able to fool the Luthras for long? Share your views in the comments box below.