We Dare You Not To Have A Crush On Karan Jotwani After Seeing These Sizzling Pictures! 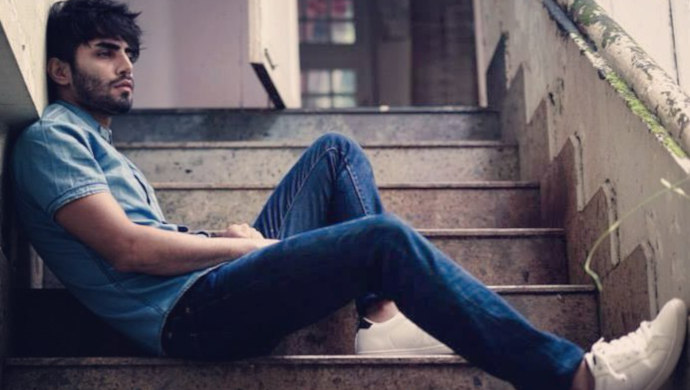 It often happens that we love an actor’s character more than him/her or vice-versa. But Karan Jotwani is one of the few artistes who has a huge fan following both on and off-screen. While the actor is admired for his character Sahil Agarwal in ZEE TV’s show Aapke Aa Jane Se, he’s loved for his style and easy-breezy personality in real-life.

Watch this episode of JuzzBaatt in which the actor tells all about his personal life and more.

The actor has a strong social media presence, especially on Instagram where he keeps posting stylish looks of himself. Check out this picture below where Karan looks dapper in a three-piece checkered suit.

We love how he has finished his look with a pair of black shades. Right on point! In the next picture, the actor proves that he can pull off formal and casual looks with equal swag.

*updates another Instagram post within 24 hours of the last one* Hi. Tuesday be yours. All my energy your wayyyyyyy 💥👊🏻♠️

Karan is seen wearing a white tee, teamed with a shirt, jeans and white sneakers. We’re lovin’ it!

The actor semi-formal in the next picture where he pulls off this blue suit like a boss.

In this picture below, we see Karan rocking this black leather jacket. Whatcha say, ladies?

Karan was put on the entertainment map with his hit youth show Kaisi Yeh Yaariyan as Aryamaan Khurana and has been unstoppable ever since. With Aapke Aa Jane Se, the actor has proven that he is ready to take up unconventional content. Keep up the good work!

Which of Karan’s characters has been your favorite? Tell us in the comments section below!

Catch all the action from Zee Cine Awards 2019 on ZEE5