"Akshay Kumar speaking in Tamil even on the side wouldn’t have looked correct," director of the film, R. Balki, told an online news portal. 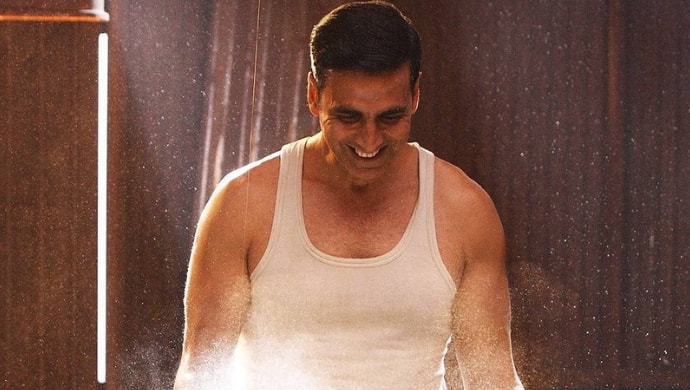 Thanks to Twinkle Khanna and R. Balki, Pad Man raised the curtain on the stigmatized conversation about menstruation. A social taboo that a completely natural and biological phenomenon is considered is seen as unclean and embarrassing in some cultures while some progressive ones promote it as sacred and powerful. As of in India, it is predominantly and unfortunately the former. Drawing inspiration from the life of Coimbatore-based Arunachalam Muruganantham, Pad Man is about the man who revolutionized menstrual hygiene. He invented the low-cost sanitary pad-making machine for women in India.

But Pad Man is about a newly-wed Laxmikant Chauhan (Akshay Kumar) who sets out to make a similar invention for his beloved wife Gayatri (Radhika Apte). Director Balakrishnan departed from the narrative of a South Indian humble background to Indore in Madhya Pradesh. While the journey and struggles of Arunachalam remain the same in the film, it is only the backdrop that was changed from a Tamil speaking state to a Hindi speaking one for a mass appeal, said Balki.

In his conversation with an online news portal, the Cheeni Kum maker explained what made him turn Arunachalam into Laxmikant and why so. “It is not a biopic, it is an adaption. I will tell you two reasons. Very simple reasons, because, I wanted to be true to what he did. I did not want to restrict it to the language he spoke and to the streets he walked on.

A post shared by Arunachalam Muruganantham (@murugaofficial) on Jan 20, 2018 at 2:41am PST

Adding further, “Moreover, Akshay Kumar speaking in Tamil even on the side wouldn’t have looked correct. Such issues will completely take away from the cause. Here the journey of the man was for a cause and the cause clearly was affordable menstrual hygiene for women of this country and that I think is far more important than actually looking at, what language is he speaking and how is he speaking.”

“I am not calling him Muruganantham in the film, for a very simple reason that I don’t want such issues to come in the way of a topic that already is going to sort of open people’s heads. If I have to reach out to a larger audience, I have to do it in a language and in a setting that a lot of people can identify with. That is why I chose to do this in a setting where people could relate,” Balki told the portal.

In order for the cause to reach a larger audience, Balki steered clear of any language restriction and opted for what the majority would understand, given the states they were targeting. Moreover, he couldn’t dream Pad Man without Akshay, which made him an obvious choice as his hero.

Do you think it was a good decision on R. Balki’s part to shift the background from South India to a centrally located one? Leave your comments in the box below!

EXCLUSIVE! Patralekhaa: Badnaam Gali Is A Story Never Told Before On The Indian Screen